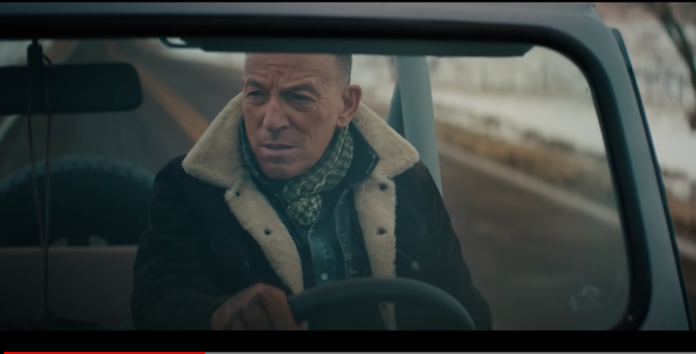 Jeep have pulled Bruce Springsteen’s advert for the company after it was revealed that Springsteen was arrested for driving under the influence last November. The singer was arrested in Gateway National Recreational Area, on 14 November 2020.

At the time, Springsteen was charged with DWI, reckless driving and consuming alcohol in a closed area.

National Park Service Spokeswoman, Brenda Ling said, Springsteen was “charged with driving while intoxicated, reckless driving and consuming alcohol in a closed area.” She also described the singer as “cooperative throughout the process”.

The New York Times also reported that prosecutors will investigate this case, following Springsteen’s arrest. The singer will appear in court virtually, later this month.

Asbury Park Press also reported that Springsteen’s blood alcohol content was 0.02. This is a quarter of New Jersey’s legal limit and is the equivalent of one drink.

This comes just days after the ad featuring Springsteen hit the screens for the Super Bowl in America.

The Jeep commercial is no longer accessible on YouTube but is still on his own twitter feed. It shows Springsteen driving in Kansas, Colorado and Nebraska and he speaks about how Americans with different beliefs should try to come together.

In the video, Springsteen can be heard saying, “Fear has never been the best of who we are”.

Adding, “We just have to remember the very soil we stand on is common ground. So we can get there. We can make it to the mountaintop, through the desert, and we will cross this divide”.

“Can never be condoned”

A spokesperson for Jeep said that it was important to establish the facts of Springsteen’s arrest, but added that drinking and driving “can never be condoned”.

The spokesperson said this, “It would be inappropriate for us to comment on the details of a matter we have only read about and we cannot substantiate”.

They also added, “But it’s also right that we pause our Big Game commercial until the actual facts can be established. Its message of community and unity is as relevant as ever. As is the message that drinking and driving can never be condoned”.

Bruce Springsteen’s representatives declined to comment on the matter.