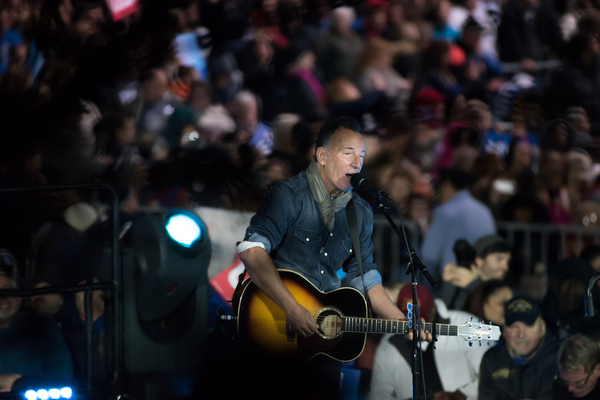 Folk rock legend, Bruce Springsteen was arrested on suspicion of driving under the influence of alcohol at a national park in New Jersey last year, authorities reported on Wednesday. The Hungry Hearts singer was arrested on November 14th, of last year, in Gateway National Recreation Area, also known as Sandy Hook.

According to Brenda Ling, a National Park Service spokeswoman, the charges brought against the Boss included driving while intoxicated, reckless driving and consuming alcohol in a closed area. Ling did say, however, that Springsteen, a well-known New Jersey native, was cooperative throughout the process. So far, there has been no response from the rock legend’s representatives on this matter.

The news of the arrest comes just days after Springsteen debuted in his first ever Super Bowl commercial, filmed with Western Stars producer Ron Aniello. In a two-minute commercial for Jeep, Springsteen says the country will again see unity and says, “there’s hope on the road ahead.”

71 year-old Bruce Springsteen has long been praised by fans for his healthy lifestyle. In his 2016 autobiography Born to Run, the Boss said he avoided drugs and didn’t try alcohol until he was 22, partially because he saw how drinking affected his father.

Steven Van Zandt, guitarist for Springsteen’s E Street Band, told Rolling Stone in 2012 that the Boss was “in good shape by not doing any drugs”. He said “it’s something he doesn’t have to preach about. He’s a living example of what happens when you never do drugs your whole life”.

“I mean, I’m sure he’s taken a drink or two a few times in his life, but he was never a drinker either. And he eats right and he’s in the gym. Well, that’s what happens,” Van Zandt said. “Don’t do drugs. Don’t drink, eat right, go to the gym and you can rock & roll at 62, too.”

Motörhead Cover ‘Sympathy For The Devil’