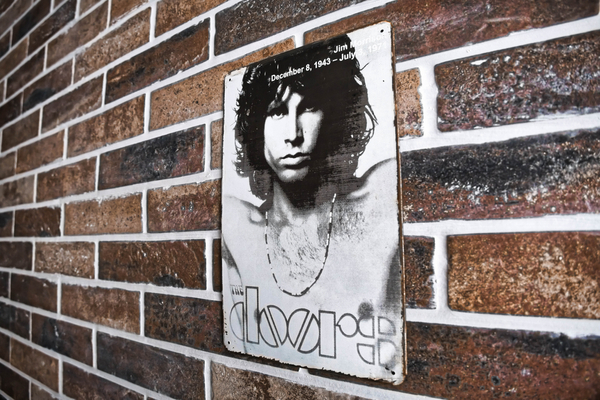 A new documentary focusing on the multi-faceted career of Jim Morrison is to be released. This will explore his career as frontman for The Doors, as well as his poetry and filmmaking.

This feature has not been titled yet. It is being developed by Jampol Artist Management and the Morrison Estate. Jampol Artists Management also oversee the legacies of the Doors and Janis Joplin.

It will also be the first documentary to focus solely on Jim Morrison. Oliver Stone’s 1991 documentary focused on Morrison’s band, The Doors.

“But Jim was a polymath. Jim was a poet and a writer and a filmmaker long before he ever thought about music”.

“All these decades everybody talked about Jim Morrison the rock star, which he certainly was”, he continued. “But we really felt it was time to even the playing field and talk about these other aspects of Jim, which were either not as known or celebrated or discussed”.

The approval of Morrison’s Estate has allowed producers to gain access to a variety of previously unseen poetry, music and art from the late artist.

“They just unearthed all these diaries and notes and that’s what’s intriguing to me: having footage, writing and information about Jim that’s never been exposed”, said Gunpowder & Sky’s CEO Van Toffler.

He continued, “It takes a unique filmmaker to really pull that out. If you do it right, it doesn’t really matter what preceded it — sort of like the eighth version of A Star Is Born, it’s new to a generation”.

The documentary is in the early days of production, meaning they are still looking for a director. Jampol have said that they are seeking somebody  “who understands the import and the depth and the gravity” of Jim Morrison.

July 3 marked 50 years since Jim Morrison passed away. Fans have been paying tribute both online and in person. Fans visted his grave at the Père Lachaise cemetary. More on that here.

Tickets For All Together Now Festival 2023 Available Friday!