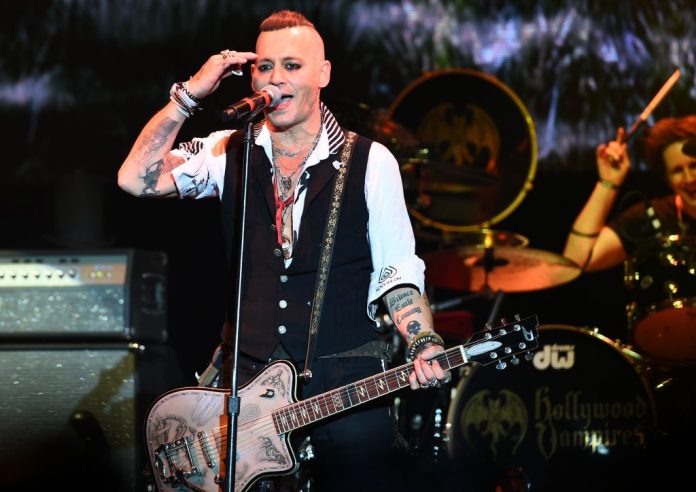 Johnny Depp’s to release a second album with his band ‘Hollywood Vampires’ in June.

‘Rise’ is made up of mostly original tracks, with the actor taking the helm at songwriting.

The band – which also includes Aerosmith’s Joe Perry, Alice Cooper and guitarist Tommy Henriksen – was formed in 2015 in honour of pioneering rock stars who died in the 1970s.

See The Guinness Storehouse Like Never Before: After Dark