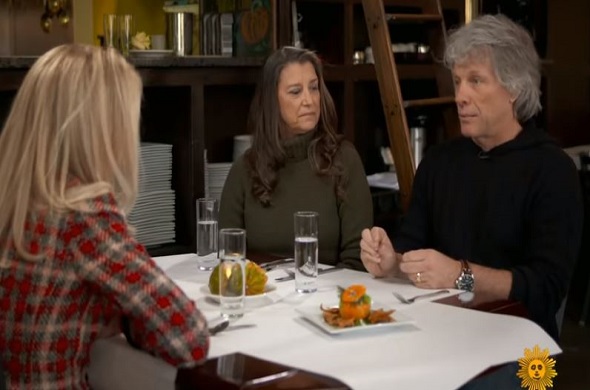 Dorothea Hurley wife of Jon Bon Jovi’s has told the tale off the frequent experience of being ignored by restaurant staff. That’s because they’re more interested in her husband.

Hurley and the Bon Jovi frontman met at school and became married in the late ’80s, The rocker’s wife talked about the “standing joke in [their] family”.

The pair revealed plans to open another JBJ Soul Kitchen which strives to help the hungry and homeless while also promoting community action. The lead singer confirmed the tale about his wife

“That’s a fact. Because everyone’s focusing on what Mr. Bon Jovi wants!” Hurley explained. And I’m like, ‘Can I get … ?’ And everyone’s meal shows up except mine … or I get the wrong thing. It doesn’t matter, I just eat it.”

Check out the interview below: