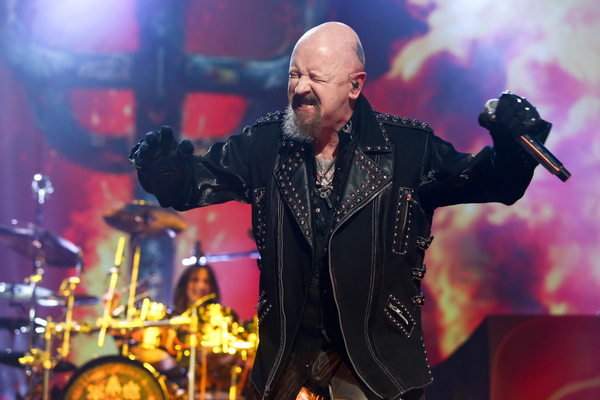 Judas Priest frontman Rob Halford has revealed he recently underwent treatment for cancer, and says he is now in remission.

“I had my little cancer battle a year ago, which I got through and that’s in remission now, thank God,” Halford said in an interview with Heavy Consequence. “That happened while we were all locked down, so things happen for a reason as far as time sequence of events. I have nothing but gratitude to be at this point in my life, still doing what I love the most.”

Along with the interview, Halford also discusses his cancer battle in a newly updated release of his 2020 memoir Confess.

In the book, Halford reveals that he developed symptoms back in 2017.

“How did I feel?,” he writes in the tell-all book. “I felt a combination of shock, horror, and oddly, relief — at least now I know!…’Am I going to die?’ It was all I could think of. I know blokes who’ve died of prostate cancer. ‘No, you’re not going to die, Rob,’ said Dr. Ali.”

Earlier this year Halford discovered more cancer on his prostate and went through radiation treatment in April and May. In June he was told the cancer had been removed.

“It’s been a draining year, I can’t deny it, but I’m delighted to have come through it,” Halford writes in his memoir. “I feel like I’ve had the most thorough MOT that a Metal God can have.”

In the updated book, Halford writes of the emotional toll of his diagnosis.

“I was getting proper mardy and wallowing in my anger,” he writes before going on to say he was inspired by seeing a commercial for a children’s hospital.

“It showed kids with cancer,” he writes. “Some only babies. They were lying there, with tubes coming out of them, fighting for their lives. They didn’t know what was going on…It made me feel totally ashamed of myself; Rob, how dare you be so selfish? And from that second, I changed my entire mental attitude towards my disease.”

The guitarist was rushed to hospital where he underwent 10-hour surgery.

“It was something very alien to me,” Faulkner said. “We’re becoming stage fit, so for something like that to rear its head while I was playing, was something that was very unusual.”