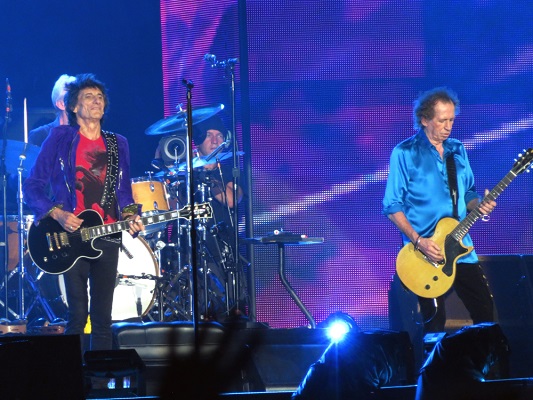 Keith Richards has taken quite a liking to his new hobby. The Rolling Stone guitarist picked up gardening during the first lockdown after finding himself with some unexpected downtime.

Keith explained during a recent interview of how this new hobby has led to a “more normal way of life.” The icon might have spent years partying like a rock star, but he recently revealed he has quit alcohol and cigarettes completely.

In a recent interview with Goldmine Magazine, the former hell-raiser said: “I saw the garden grow – really quite unbelievable.”

“I spent the whole summer actually admiring the garden and also doing a bit of gardening myself – watering the veggies and the stuff. I got into a more normal way of life, which is un-normal.”

Keith has spent the past few months “in hiding” with his wife Patti at their Connecticut home. He finds himself worrying about contracting Covid-19.

“Oh yeah,” said the 76 year-old. “In this particular area, New York and Connecticut, it was very heavy at the beginning. “It’s been pretty well controlled since, but this is about the only place in the whole country where it is…

“I’ve been in hiding, basically. Hunkering down with the family and a few friends because we have to stay in a bubble, you know. I’ve been out to a restaurant with outdoor seating a couple times but now it’s getting a bit chilly so we’re eating in. Thank God the wife’s a good cook, bless her heart!”

Maybe Keith’s relaxing new hobby will help him get ready for the ‘Stones 60th anniversary in 2022, one Keith hopes to still be alive for.

Meanwhile, another member of the ‘Stones has found a hobby of his own. Bassist Ronnie Wood recently revealed he has taken up knitting.

“I do knit,” he said last month. “I used to hold the spool of wool for my mum. She taught me the plain stitch and I still do it today. I knit endless scarves now.”

Ronnie has been sober for over a decade now and instead of getting drunk and high, the 73 year-old rocker has long swapped drugs for coffee to get a high.

“I’m an espresso man,” he declared. “But that is an old leftover habit from rehab. I couldn’t do anything else, so coffee was the thing.”

In other news, the ‘Stones have launched a brand new online virtual shop of their flagship London store, RS No.9 Carnaby. You can check out the online store here.

The Classic Album at Midnight – Metallica’s The Black Album