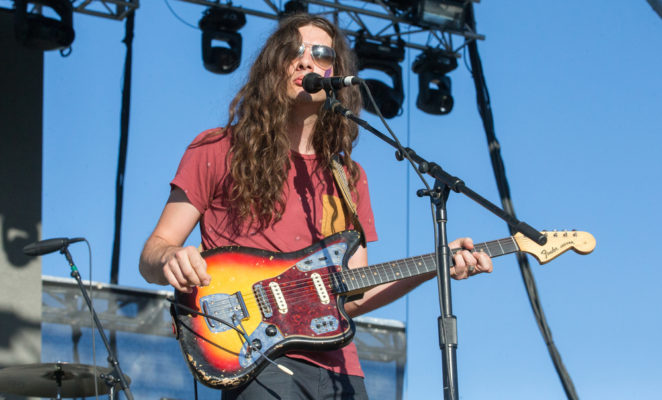 Kurt Vile, one of rock’s most captivating frontmen, guitarists, and songwriters, has announced a run of Autumn tour dates with The Violators (Rob Laakso, Kyle Spence, and Jesse Trbovich).  They will play Dublin’s Vicar Street, November 14th. Tickets go on sale this Friday 27th April at 9am.

Kurt Vile has released seven universally celebrated albums, most recently the Courtney Barnett collaboration LP Lotta Sea Lice. He has been seen and heard across the late-night TV circuit (Colbert, Letterman, Conan, etc), from the Park Stage in Glastonbury, as an animated singing squirrel on HBO’s Animals, as a roadie on Portlandia, and as an answer on Jeopardy.

He has collaborated with artists including Courtney Barnett, J Mascis, Kim Gordon, Hope Sandoval, John Prine, John Cale, Warpaint and Cyndi Lauper, and has toured the world several times over. With hundreds of thousands of records sold and a day named in his honour in Philadelphia, Kurt Vile’s 2018 promises a boundless ascendancy in the next leg of his beloved and storied career.