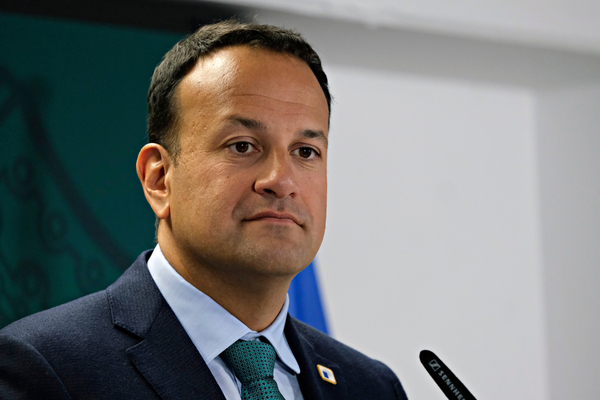 Tánaiste Leo Varadkar has warned that restrictions could last after early January.

This comes after the Department of Health in Northern Ireland confirmed the first three cases of the strain recently.

All three positive cases also have a link to travel from Great Britain to Northern Ireland. Two of the cases are from the same household in the Greater Belfast area. The third case is from the South Eastern Trust area.

“picture of progress is mixed” – Varadkar

Fine Gael leader Varadkar has said that Ireland is facing a “serious fourth wave” of Covid-19.

Despite a successful vaccine programme, Varadkar added that the “picture of progress is mixed”.

He did concede that the latest restrictions are a “body blow” to the hospitality and entertainment sector in Ireland.

“Despite a successful vaccination programme and what seemed like a gradual normalisation of society, the virus is very much still with us and we are now experiencing a serious fourth wave”, Varadkar told the Seanad.

He added, “The new restrictions announced on Friday were a bitter disappointment to all of us”.

“They were a body blow in particular for sectors like hospitality, arts, events entertainment and leisure”.

“will be in place”

Leo Varadkar also hinted that these restriction could possibly be in place after January 9. He added that he was not convinced that the full picture of this Omicron variant would be clear by then.

“I think we need to operate on the basis that these restrictions will be in place at least until the ninth of January”, he said.

“And generally in our experience of the pandemic, when restrictions are imposed, they tend to be extended, not reversed sooner than the date designated”.

“I think we need to bear that in mind. You should always make decisions mindful of the fact that what might appear to be a temporary measure can be one that lasts for months and even years”.

Professor Luke O’Neill offered a positive outlook on the situation regarding the Omicron variant heading into the festive season. Find out what the immunologist said here.

This comes after Gardaí were called to the home of Leo Varakar’s after anti vaxxers targeted the property.