Home Music News Liam Gallagher Has Revealed What He Spent His First Ever Royalty Cheque... 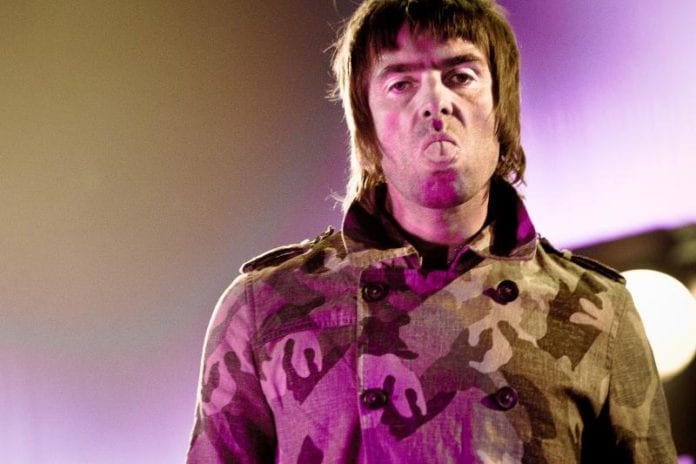 What’s the first thing you’d buy if you were given a big cheque? I’m sure we’ve all thought about it. Especially around this time of year! While the rest of us might have to continue dreaming, Liam Gallagher has just revealed what he spent his first big cheque on.

In a clip from his Christmas Eve interview on BBC 6Music’s ‘The First Time With…’, Liam told host Matt Everitt what he bought with his first ever royalty cheque – it ended up on the cover of Oasis’ ‘Definitely Maybe’ album. Any guesses?

“I don’t know about the cheque, I’m still waiting for it mate” Gallagher joked. “I remember the first thing I bought with it was a scooter – a 1954 Lambretta, which I’ve still got. That’s on the cover of ‘Definitely Maybe’. There’s some shots of it on there.”

6 Things We Learned from The First Time with… @LiamGallagher
🍹 @PaulMcCartney's favourite cocktail
💸 What he bought with his first big royalty cheque
👬 “If Oasis ain’t happening, the second best thing is two solo albums from us both!” https://t.co/L9e4ti0X6Z

Like the son we’d all wish for, he spent his second royalty cheque on a new house for his mum. ‘but she didn’t want it. It was a lovely little cottage up in Heaton Moor,’ he said. ‘I give her the keys and she’s going, ‘What do I want this for?’ I was like, ‘Cos it’s better than the one that you’re in, innit.’ She goes, ‘No, I don’t want it.’

Mammy Gallagher apparently ‘took offence’ at the idea that she needed a new house.

Liam went on to say that she still lives in ‘the same house with the same fence and the same gate. She’s a legend.’

You can hear the full interview on BBC 6Music at 1pm on Christmas Eve.

London and New York to Get David Bowie Pop-up Shops