Home Music News The Libertines Have A New Support Act, And Its Jeremy Corbyn?? 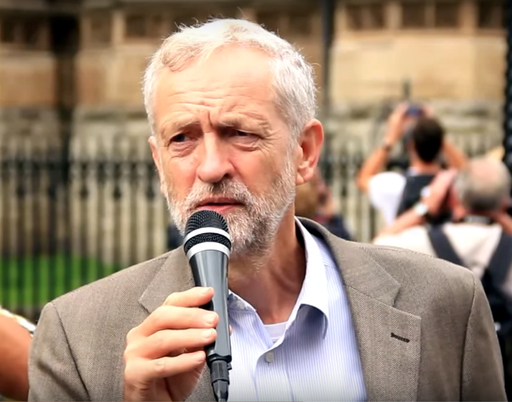 The  Libertines were all set to play a concert on Saturday when they went for a rather unusual opening act. UK Labour leader Jeremy Corbyn.

Corbyn is in the middle of his campaign trail leading up to the British elections on the 8th of June, and has decided to employ some rather unusual tactics to rally support for his party.

Corbyn spoke to a pretty enthusiastic crowd who chanted “Jezza, Jezza” as he spoke and even started a “oh Jeremy Corbyn” chant.  He was speaking to reported 20,000 people at the Wirral Live music festival

Appealing to the audience at the venue which was in a football stadium, he used the location to hone on one of his points in his election manifesto with the policy of making Premier League clubs invest 5% of their income to grassroots football.

“We got football and music all in the same place, those very wealthy clubs in the premiership pay your 5% so we’ve got grassroots football for everyone”

Appealing to the music goers he also spoke about the importance of music programs available for the youth.

“I want a country where everybody can play sport if they want to, and every child can play music and the society is brought together by that”

Jeremy Corbyn at the libertines, my mate pic.twitter.com/UWKltCFXLa

It is unknown if Theresa May is planning on retaliating with any appearances at concerts herself, but we won’t be holding our breath to see her popping up at any.

Video: Brian May Loses His Temper With News Cameraman