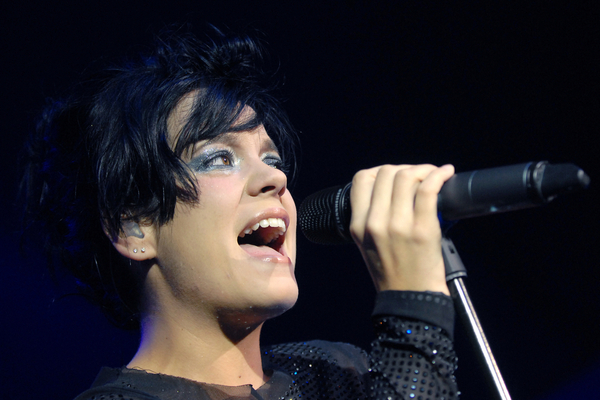 Lily Allen has come back at Verve frontman Richard Ashcroft after he said that musicians shouldn’t be political. In a recent interview, Ashcroft was voicing his disapproval of singers who tackle bigger issues, when he said that artists should “stop making speeches” and “go back and entertain the world”.

Now in an interview with In The Bathroom, Lily Allen slammed Richard, insisting that he only said what he did owing to the fact that he’s in a suitable position to do so.

“I was watching an interview with Richard Ashcroft the other day when he was talking about wishing musicians would just shut up and get on with what they’re meant to do, which is music and not get involved with like social issues, social commentary and politics, because it’s got nothing to do with it.”

“The treatment of women in the press is political, it’s almost on the front line of women’s issues because the way we read about women in tabloids and popular culture is how we form our opinions of what women’s roles are in everything.”

The pop singer then explained that she has to comment because she has a responsibility to raise awareness about women’s issues.

Following Lily’s interview being shared on Instagram, Richard showed that he was unwilling to let the subject go, and in the comments section he described the singer as a “trainwreck dressed as a hashtag”.

PODCAST – January 31st to February 4th In Music History with...