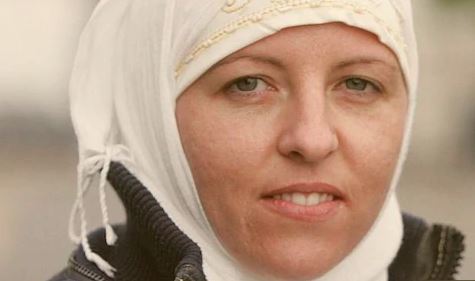 Lisa Smith, the former Irish Defence Forces soldier, who is facing trial accused of ISIS membership, has been allowed bail.

The granted application comes with strict conditions including an internet and a social media ban.

The ex-soldier, who left Ireland and married after she converted to Islam, was discovered in a Syrian refugee camp.

Then, after making it to Turkey with her two-year-old daughter she was brought back to Ireland on December 1st.

On her arrival, she was arrested by gardai and questioned for three days before she was charged with being a member of the terror group.

According to reports, she had bail refused on December 4th at Dublin District Court, and she has been detained at Limerick Prison since then. Family members were charged with the responsibility of caring for her child.

The 37-year-old brought her renewed bail application to the High Court in Cloverhill today. She’s been granted bail on a number of strict conditions.

Once she lodges €500 and a further €1,000 is deposited by an independent surety. Until then she must remain in prison.

Ms Smith must live at an address in the north east, sign on at a Garda station twice daily from 10am – 1pm and 3pm – 6pm.

She was ordered to obey a curfew. Mr Justice Eagar instructed Ms Smith to remain indoors from 8pm and not leave until 7am.

The judge also said she cannot leave the jurisdiction or apply for new travel documentation. Lisa Smith has already lost her passport.

Mr Justice Eagar told her she must provide gardai with a contact mobile phone number within 48 hours of taking up bail.

The judge advised her that she must pick up the phone if rung by gardai and if she failed to answer it would be a breach of bail. This would mean she would have to go back into custody.

He also banned her from internet access or using any social media. The final condition was that she must not have contact with non-Garda witnesses in the case.

Ms Smith’s next hearing on January 8 next at Dublin District Court.

The Grammy Nominees Have Been Revealed – Check Out The Rock...