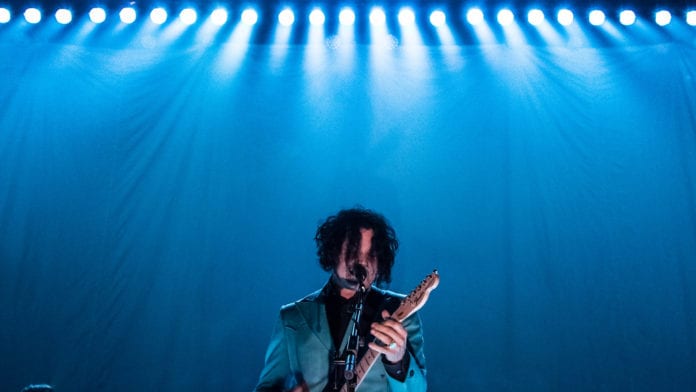 When Jack White told an audience in Detroit recently his new album Boarding House Reach was ‘a bizarre one,’ it seems he wasn’t joking. As each single from the record is released they seem to sound more all over the shop and hard to categorise than the last one. You can listen to the track below.

As the catchy title suggests ‘Ice Station Zebra’ is about as normal as a bag of drunken badgers. Every moment of the song seems to be at loggerheads with the next. There’s the hypnotic funk beat under the crashing piano, an unending bass lick before the song seems to fall in on itself a few times.

Then as if nothing happened there’s a sense of normalcy as things calm down and White raps more harmoniously. Yes, that’s right, White raps! In what seems to be a moment of philosophical reflection,

‘Everyone creating is a member of the family/ Passing down genes and ideas in harmony/ The players and the cynics might be thinking it’s odd / But if you rewind the tape, we’re all copying god.

The title of ‘Ice Station Zebra’ was acquired from the 1968 Cold War espionage film of the same name. Here’s the track,

Boarding House Reach is due for release 23rd of March.