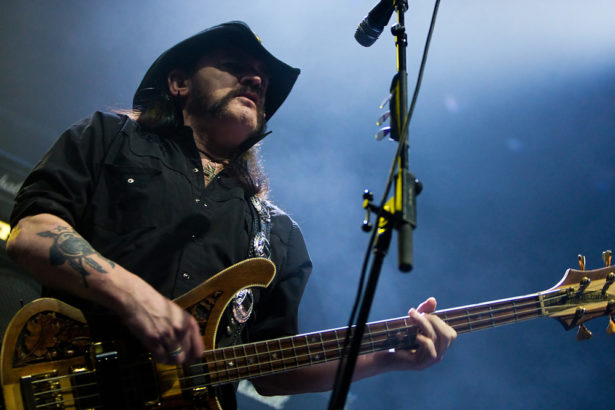 Late Motorhead members Lemmy Kilmister and Wurzel are featured on a new song by Leader of Down called “Paradise Turned Into Dust.” It’s from the band’s debut album, Cascade Into Chaos. You can check out the track below.

The band was formed by Wurzel aka Michael Burston, just three years before his death in 2011. He and colleague Tim Atkinson had composed the song with Lemmy in mind; the Motorhead frontman laid down his parts in Los Angeles in 2015, a few months in the run up to his own passing.

In a statement, Atkinson opened up about how he felt about the release, “It’s a very bittersweet feeling now that the album is being released,”. “It feels very strange without Wurzel being here. … I know he would be thrilled with the final result. It was a real pleasure writing with Wurzel as we instinctively knew what both of us were thinking when we put our ideas forward. We always wanted Lemmy to sing on ‘Paradise Turned Into Dust’ and it was a very emotional session. … I just wish that Wurz had been there to see it.”

The record also includes guest appearances by Motorhead’s Phil Campbell and Fast Eddie Clarke, among others, with Lemmy also delivering vocals on “Laugh at the Devil.” Atkinson concluded, “It was amazing that so many friends helped us to finish the album with guest appearances, and I can only thank them from the bottom of my heart. To hear Phil playing with Würzel again was absolutely fantastic.”