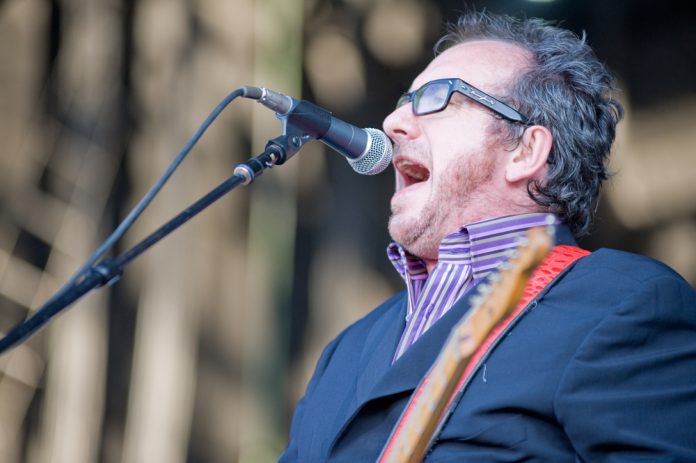 Elvis Costello And The Imposters have announced a tour of the UK and Ireland which is set to take place over the course of this summer. Costello has also just released a new song which incorporates Johnny Cash’s poetry into song (listen below).

A total of 10 shows have been scheduled which kicks off at Nottingham’s Royal Concert Hall on June 15 and will finish up with a performance at Manchester’s Sounds Of The City 2018 at Castlefield Bowl on July 6. Costello and The Imposters will play The Bord Gáis Theatre, Dublin on June 23rd.

The group released the song You Shouldn’t Look At Me That Way last year which was written for the movie Film Stars Don’t Die In Liverpool (2017). They’re also presently working on a new studio album, which is due for release later this year.

In interview to camera, Costello spoke of how Cash’s words drew him to the piece,

Forever Words is due for release on April 6th and  also features Chris Cornell’s ‘You Never Knew My Mind,’ which is one of the singer’s final recordings. Other artists include John Mellencamp, Willie Nelson, Jewel, Brad Paisley, Kacey Musgraves and Roseanne Cash.