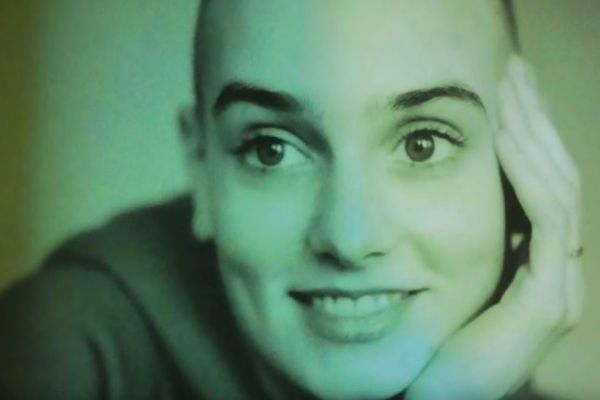 Magda Davitt, the artist formerly known as Sinéad O’Connor, has shared her first new song in four years. It’s titled “Milestones,” and it’s available streaming below. The song, which Davitt explains is a type “first demo for fans,” is a collaboration with producer David Holmes. Holmes recently produced Noel Gallagher’s critically acclaimed Who Built The Moon?

Speaking to The Irish Sun, Davitt revealed she came to work with Holmes thanks to her old friend Shane MacGowan. The singer explained herself and Homes met “at Shane McGowan’s birthday show. He came up to me after I’d been singing and said come up to Belfast. It’s my favourite place on earth. David is lovely, and the kindest person I think I’ve ever met. Literally would give you the skin off his back, never mind the shirt.

Davitt has also stated that she is presently at work on a new album, called No Mud No Lotus. Speaking about the new release Davitt said, “I’m going to write on my own and with lots of other different people. It won’t be out before October 2019.” Her most recent album, I’m Not Bossy, I’m the Boss, was released back in 2014. The mother-of-four intends to work with a whole host of other writers and collaborators for her new album.

Davitt will release her 11th record under the name ‘Sinead O’Connor as Magda Davitt’, the title she adopted last year. Speaking to US TV’s Dr Phil in September of last year she said was changing her name to be “free of parental curses”. She added: “Sinead O’Connor is gone. That person is gone.” Davitt explained to Dr  Phill how a dialogue is need over mental health issues, “there’s such stigma about mental illness means that the illness doesn’t get talked about,” She said famous people were least likely to ask for help. “There’s a certain group of people who are absolutely afraid to open their mouth about mental illness, and that is rockers. I am fed up of being defined as the crazy person, the child abuse survivor,” she added.