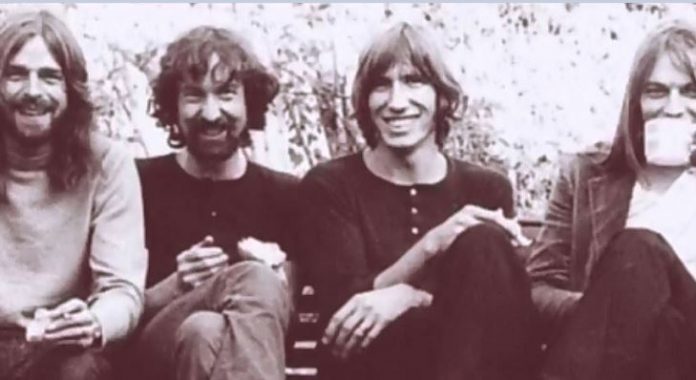 Psychedelic rock legends, Pink Floyd have shared a restored version of their single from 1968, ‘Point Me At The Sky’.

‘Point Me At The Sky’ was the fifth UK single by Pink Floyd and this restored version is part of their ongoing vintage video series. The original release of the track was for promotion only and did not feature on any album releases.

Dave Gilmour, the newest member to the band at the time featured on vocals. The guitarist had just joined the line-up earlier that year. Gilmour replaced outgoing Syd Barrett who was the co-founder of Pink Floyd along with bassist Roger Waters.

When the non-album track was originally released it failed to chart in the UK while the more popular b-side, “Careful With That Axe, Eugene”, went on to be featured on 1970’s “Ummagumma” and the 1971 compilation, “Relics.”

According to Antimusic, Dave Gilmour has been in the news recently, he just announced that an auction is to take place in New York. The Pink Floyd legend will sell off more than 120 guitars from his personal collection.

Pink Floyd Have Set Up Their Own TikTok Account