Home News Locals Claim To Have Witnessed Six Sightings Of A Wild Puma In... 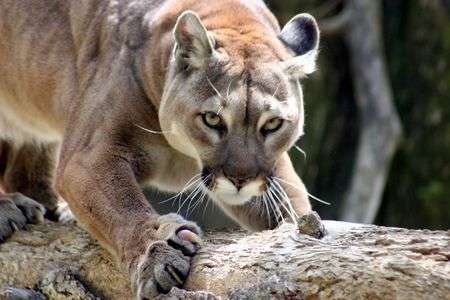 Locals in Cork claim to have witnessed six sightings of a wild puma over the last nine days around the Fountainstown and Crosshaven area. According to reports, there has been a significant increase in the number of hen attacks, startled horses, and a drop in the number of foxes in the area.

Although the reports have yet to be confirmed, Vincent Cashman from The Cork Society of Prevention of Cruelty to Animals is confident that the rumors may be factual. Traps and cameras have been set up in order to locate the animal, which is predicted to be 10 stone and 8 feet in length.

Mr Cashman delivered a statement on the Neil Prendeville show on Red FM, warning: “This is a large cat – and if they are cornered- they are dangerous… or if they are frightened. We wouldn’t be recommending people go out looking for it. We have traps out since this started two weeks ago. We also have motion sensor cameras.

“There have been other sightings in parts of the country – and there have been a few people who have kept them as pets. They would be imported. It’s slightly out of the ordinary but not impossible. A puma likes to remain solitary – but we have no confirmation yet that it is a puma. The people we have been dealing with are very credible. They have been too credible to ignore. We have plenty of eyewitnesses but have not seen a photograph yet.”

Mr Cashman also highlighted the large rate of people that are keeping wild animals as pets, revealing: “The problem is the increase in people keeping wild animals. We have taken in two snakes recently. They were 10 foot long. People get bored of them after a few years when they are a few years old. We once took a snake out of the walls of an apartment. There are a lot of people with novelty pets like monkeys – and they soon get sick of them.”