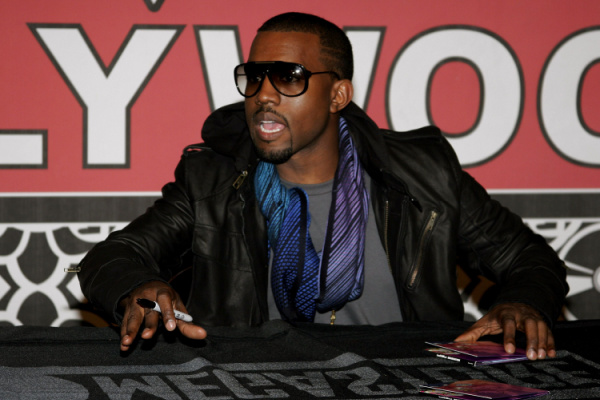 The museum have confirmed that they have removed the model of the rapper to an archive. This follows in the footsteps of several companies who have cut ties with Kanye West, in light of his recent, controversal antisemitic comments.

Earlier this month, the rapper had tweeted that he was “going death con 3 ON JEWISH PEOPLE”.

West also claimed that he wasn’t  “Anti Semitic because black people are actually Jew also”. Adding “You guys have toyed with me and tried to black ball anyone whoever opposes your agenda”.

Kanye West who also changed his name to Ye, also caused controversy by wearing a t shirt with ‘Black Lives Matter’ emblazoned on it.

Following the comments made, Kanye West’s Twitter and Instagram accounts were suspended, while other high profile companies including Balenciaga, Def Jam, JP Morgan Chase, and Def Jame cut ties with him.

The rapper’s lawyer and booking agency have also disasociated themselves from the rapper, in light of such remarks.

“Each profile earns their place”

Since then, Madame Tussauds have followed suit, as they have removed Kanye West’s wax figure to the archive.

“Ye’s (Kanye West’s) figure has been retired from the attraction floor to our archive”, a spokesperson said in a statement.

They also added, “Each profile earns their place at Madame Tussauds London and we listen to our guests and the public on who they expect to see at the attraction”.

Originally launched in 2015, this figurine of Kanye West was set up alongside his then wife Kim Kardashian. Check it out from Instagram here.

Adidas also pulled the plug on their relationship with Kanye West. They confirmed this news via a statement.

“Adidas does not tolerate antisemitism and any other sort of hate speech. Ye’s recent comments and actions have been unacceptable, hateful and dangerous, and they violate the company’s values of diversity and inclusion, mutual respect and fairness”, the company said. More on this report from Nova here.

Kanye West was also escorted out of headquarters of shoemakers Sketchers, after he showed up unannounced earlier today.