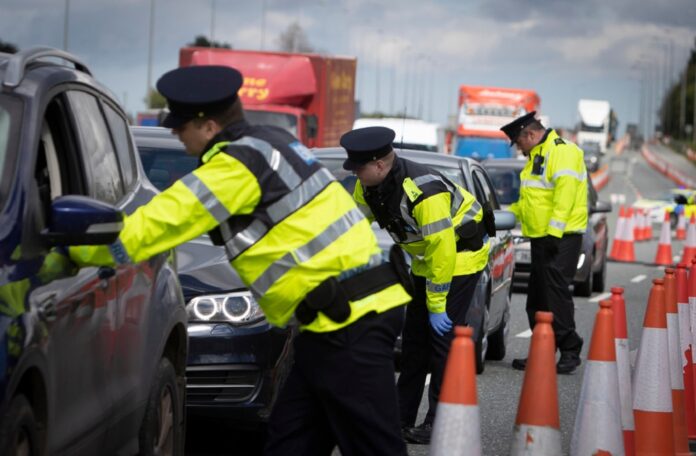 A man was arrested by Gardaí for breaching Covid-19 guidelines. Yesterday, he allegedly used a high tech drone to film the horse racing meeting at Punchestown Racecourse.

A member of the public made the complaint to them.

Gardaí confronted two men, one co-operated with Gardaí and left. The other man was very “uncoperative”. He refused to leave the vicinity and was detained by Gardaí for breaching the Covid guidelines.

It is also reported that the men travel around Ireland and film the race meetings in drones.

There were seven races at Punchestown yesterday. They began at 1pm and finished at 4-15pm. As well as that, like all sporting events in these times, the racing happened behind closed doors.

Yesterday, a spokeswoman for the Gardaí issued the following statement. They said that a man was arrested for breaching Covid guidelines. “Gardaí in Naas who were responding to a complaint, have today, Monday 18th January, 2021, arrested one male in the vicinity of Punchestown Racecourse”.

Gardaí continued, “This male had been one of two persons who had been deemed to have breached the 5km travel restriction imposed as part of the measures to reduce the spread of Covid-19”.

The spokeswoman added, “While the other person complied with the direction, this male was arrested for refusing to comply”.

She also said, “Following receipt of a direction from the Director of Public Prosecutions, the arrested male has been charged and is due to appear before Naas District Court on Tuesday morning”.

Gardaí have also confirmed recently that they have issued around 400 fines for people breaching Covid-19 travel restrictions.

More than 300 were fined for “suspected breaches of the public health regulation relating to non-essential travel”.

However on a more positive note, Gardaí have said that most people were complient with the travel guidelines over the weekend. They also reminded people not to travel more than 5 km from their home.