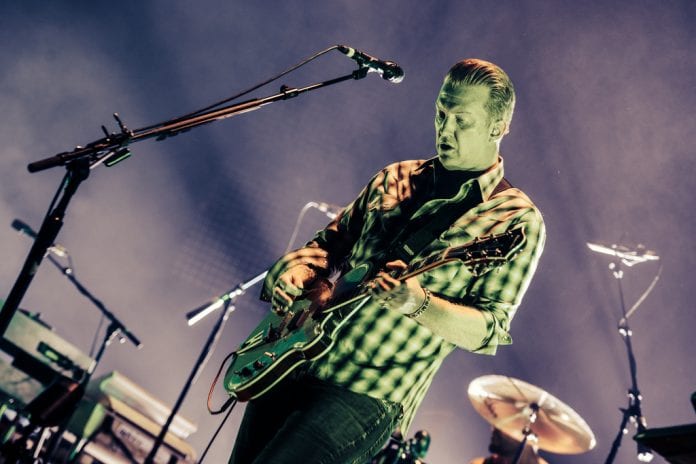 Queens Of The Stone Age performed in the Manchester Arena last night. While the band rocked the arena, the onstage behaviour of frontman Josh Homme has upset the venue.

Josh smoked while on stage, which is not allowed unless it is ‘where the artistic integrity of a performance makes it appropriate for a person to smoke’. Manchester Arena are arguing that this was not the case in terms of Homme, so have contacted the band’s management to complain.

“It is very disappointing and regrettable that the artist chose to smoke on stage during their performance in Manchester,” said a spokesperson for the venue, to the Manchester Evening News. “This was a decision taken by the artist, despite us making it very clear to their management that it is illegal to smoke in any area of the arena.”

“We are extremely vigilant in ensuring our venue remains a no-smoking environment and our extensive front of house ‘no smoking’ signage is duplicated throughout our backstage area.”
Homme also smoked between songs in the Wembley Arena London when kicking off the tour, and no brows were raised.

It has been illegal to smoke in all enclosed working spaces since 2007, with individuals often facing fines for doing so.

Hopefully they’ll have learned their lesson by the time they play their gig here in the 3Arena on Friday.