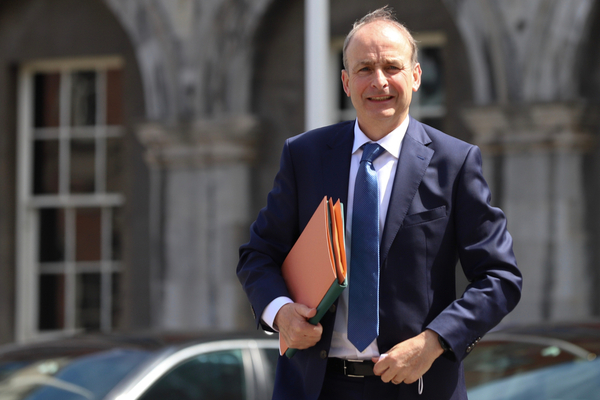 Micheál Martin believes measures announced in Budget 2022 will lower the cost of living “in the round”, although he feels “everything couldn’t be done this year”. In a discussion with Newstalk Breakfast, the Taoiseach spoke of there being “only so much” the government can do, believing the budget will “move to protect people”.

With the cost of petrol and diesel already rising overnight as hikes in carbon tax came in, Mr Martin needed to respond to criticism of the budgetary measures. He expresses that the Budget “can’t do everything, but it certainly moves to protect people in respect of cost-of-living increases”.

“That’s reflected particularly in housing, health and education, childcare and various social welfare increases,” Martin explains. “We’ve come through a once-in-a-century pandemic, coming out of that is the extraordinary statistic that between this year and next year 400,000 jobs will come back to the Irish economy which reflects the macroeconomics decisions we made which were sensible. So, notwithstanding the pandemic, we’ve a good chance to build our economy and do more next year.”

According to Mr Martin, the Budget is focusing on pay rates for childcare sector workers, believing there is a need to improve conditions for that workforce. The Taoiseach revealed that talks with representatives of workers and providers are “ongoing” and, will “fundamentally consolidate and stabilise” capacity within the childcare sector. He feels that the government will “have to do more” next year to improve the affordability of childcare.

Martin explains that providing people with jobs and retaining them through a much-improved pay and conditions environment is the pressing issue for the sector before adding; “I accept that more needs to be done”.

Following the announcement of a pilot Basic Income Scheme for artists is to be launched, Martin revealed that more incentives are to come. He explained that workers will gain protection through the upcoming Budget through tax reliefs, with younger workers, particularly in the €35,000 to €40,000 bracket, winning out. There will be a relief “across the board for workers”, although it will be modest, “as there’s only so much we can do”.

“There’s only so much to go around, the economy is bouncing back, inflation is happening globally, it has impacted Ireland, it would make no sense to reduce the purchasing power of people by overheating the economy with too much allocation.”

Mr Martin highlights that Ireland had the second highest minimum wage now in Europe, although he accepts that it was “not the highest in terms of purchasing powers”. He added that the reduction in costs for healthcare would help people on low incomes in terms of access to a free GP card, drug repayments and abolishing charges in paediatric hospitals.

“Could we have done more?”, Martin rhetorically asks. “There is a judgment call there in terms of overheating the economy — we published last week the National Development Plan — that’s €11 billion of a capital injection next year into the economy where the private sector is now motoring in terms of consumer demand, so one has to balance the degree to which the State… [is] overdoing it.”

Yellow Wind And Rain Warning Across The Country