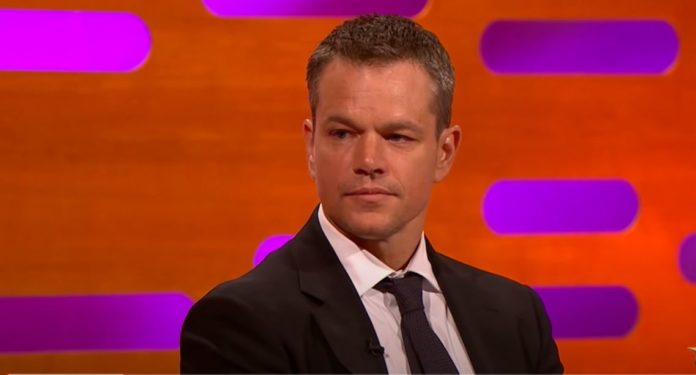 Actor, Matt Damon has said that he is not interested in being famous. The Jason Bourne star said that he “just loves the work”.

Speaking at the premiere for his upcoming film Stillwater, Damon had this to say on being famous.

“I never was interested in that whole other side of celebrity, none of that interests me”.

“I just love the work”, he continued. “I really love the work and I feel really lucky that I’m able to do the movies that I want to do, and it kind of ends there”.

“There are other people who enjoy that”, he also added. “You know they go out and they get the paparazzi chasing them and clearly some people enjoy that and that’s fine”.

Matt Damon is starring in the film Stillwater. Stillwater is due to hit Irish cinemas in August. You can also check out the film’s trailer below.

In the film, Damon plays an oil rig worker named Bill who has to travel from Oklahoma to Marseille to clear his estranged daughter’s (Abigail Breslin) name after she is wrongly sent to prison for murder.

It will hit Irish cinemas on August 6.

Speaking on the film, Damon was also full of praise for his co-star Camille Cottin. Cottin previously played Andréa Martel in the Netflix comedy Call My Agent.

“I just work with the best people that will work with me”, Damon said of Cottin. “When I work with people like this, it’s very easy”.

Damon also added, “I’ve always said about acting, there are actors who are so good that they’re good enough for both of you in a scene and that’s how I felt in this, where all I needed to do was look at her and she brought me all of the places I needed to go”.

Damon was also taken to hearts of the Irish people when he and his family were left stranded in Dalkey, Dublin in March 2020. Damon was left stranded after filming for The Last Duel had been abandoned due to the pandemic.

Matt Damon became a huge hit with Irish people, signing autographs and having time for everyone he met. Damon was also pictured with a SuperValu shopping bag! The actor had said that he was “so surprised” that the shopping bag had elevated him to the status of a proud Irishman! He vowed to return to Ireland soon.

He was finally able to fly out of the country in May 2020.