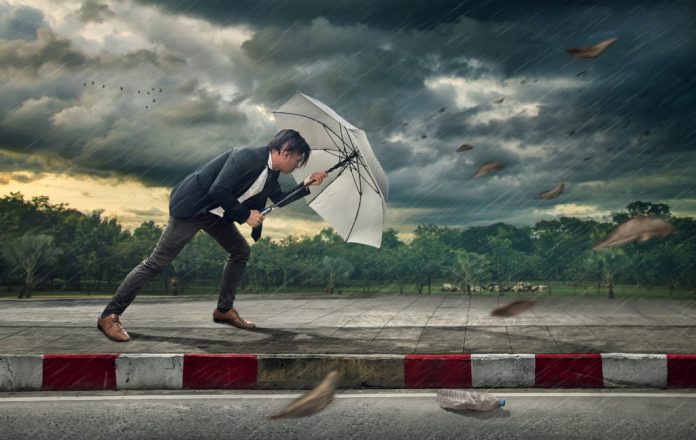 After a frosty start, things will start to clear up as the day goes on and it looks like things are going to get a bit windy!

At first, there will be long spells of sunshine, but that will turn to cloudy skies and rain.

If that’s not enough the wind is going to gain momentum across Dublin, and it will be pretty gusty by this evening.

Temperature-wise will remain quite low, only climbing to 6C. However, later on today it will be a little milder.

By nighttime there will be more mist and fog will appear over hills, with windy conditions ongoing. Temperatures don’t look too bad, getting up to 7C at their highest overnight.

According to Met Eireann: “Today will start clear and crisp with long spells of sunshine after an early frost and any fog patches disperse…”

“Cloud will thicken later in the day and give some outbreaks of rain and drizzle. It will become increasingly windy through the day with moderate southerly winds increasing strong and gusty by evening.

“Afternoon temperatures of 5 or 6 degrees, but it will become milder into the evening…”

“Tonight will be cloudy with mist and fog on hills and some patchy drizzle and it’ll be windy. South to Southwest winds will be strong and blustery. Lows of 4 to 7 degrees.”

There will be quite a lot of showers around over the weekend, Saturday is going to be a wet and misty day, and then we’ll see scattered showers on Sunday with a risk of wintry conditions in parts.

More wind will make its way across the country, and that will continue heading into next week.

Two Arrested As Man In Coma After Stabbing In West Dublin