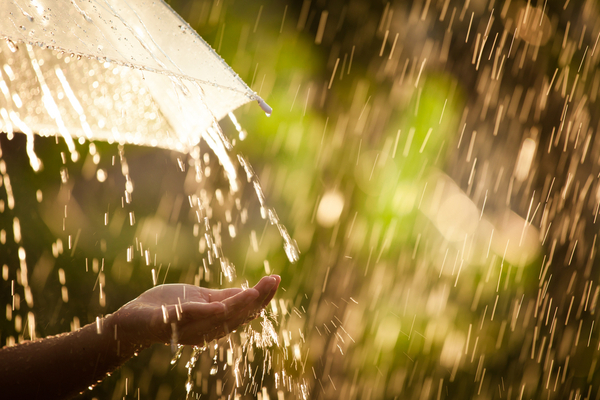 Met Éireann has predicted heavy rain for the west of Ireland today, ahead of an “unsettled” week ahead.

They also predicted that temperatures will hit between 17 and 21 degrees today.

“Any mist patches quickly clearing to leave a dry with bright start in the east this morning, however showers in the west will slowly extend northeastwards and turn heavy at times in northern parts through the afternoon”, they said.

They also added, “Highs of 17C to 21C in light to moderate southerly or variable breezes”.

Regarding tonight, Met Éireann had this to say, “Showery outbreaks of rain, will extend from the Atlantic eastwards across the country, with some heavy bursts”.

“Minimum temperatures 12C to 15C, in moderate to fresh and blustery southeasterly winds, strong at times along the coast”.

Dry for a time across the eastern half of the country with hazy sunshine🌤️
However scattered showers will develop turning heavy across the north & north midlands⛈️
Parts of the southeast staying fully dry
Highs of 17 to 21 C mildest across Leinster in a moderate southerly breeze. pic.twitter.com/S6Y8qNdkVb

Met Éireann said that this week’s weather will be unsettled, with occasional spells of wet weather for the week ahead.

According to Met Éireann, outbreaks of showers are expected for Leinster and Ulster, which will gradually clear to the north east during the morning.

The west of Ireland is to see a combination of sunny spells, mixed with occasional thundery showers. These are to also become more widespread by the afternoon, with the risk of spot flooding.

Highest temperatures are to hit between 16 and 20 degrees, with moderate to fresh southeasterly breezes in the morning.

“unsettled over the rest of the week”

Met Éireann also warned of “unsettled” weather for the week ahead.

“Unsettled over the rest of the week, the weekend, and early next week with widespread heavy or thundery showers and a continued risk of spot flooding”, the weather bosses said.

Scattered showers and clear spells are expected for Thursday, with lowest temperatures of 12 to 14 degrees.

Lowest temperatures are to hit between between 11 and 14 degrees.

Met Éireann said that Saturday will see “some sunny spells mixed in, showers will become widespread once again with isolated thunderstorms possible brining the risk of spot flooding”.

In terms of Sunday, we are to see “little change, with a mix of bright or sunny spells and showers, some of them heavy, with a continuing risk of thundery downpours and spot flooding”.

“However it will be somewhat drier and brighter in the Munster. Highest temperatures 15C to 19C, in mostly moderate westerly winds”.