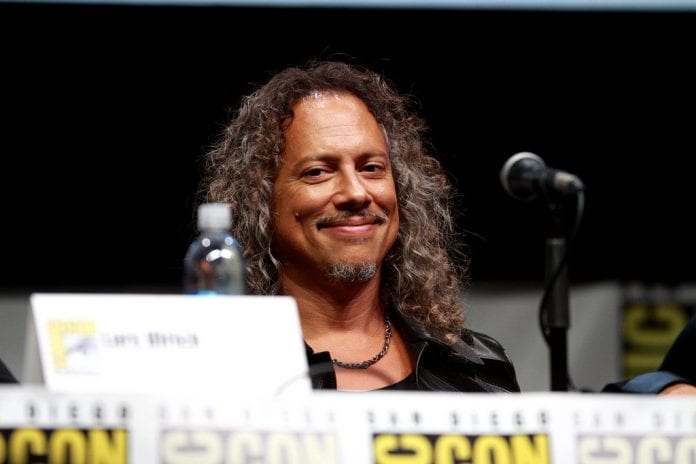 Metallica’s Kirk Hammett says that he has a lot of music prepared for the band’s next studio record. The guitarist says he is ready to go to work on the band’s next offering.

Hammet has expressed a desire via Mixdown Magazine to get cracking on a new drop to avoid a long wait similar to the release of 2016’s “Hardwired… To Self-Destruct”. According to Antimusic, “Hardwired” took roughly eight years to see the light of day following on from “Death Magnetic”.

Now Kirk has revealed via Mixdown that he hoped for this new record ro come much sooner: “When I was 13-14 years old, bands put out albums every year. Seriously, KISS put out an album every eight months. None of this eight years between albums.”

The guitarist said the band aren’t too happy with such a long wait between albums:

“None of us are very comfortable with the fact it’s been so long, because that is a long time. We’re hoping to avoid that this time around. We’re in our third year since ‘Hardwired’. Maybe we can get a bit more focus and go into the studio a bit sooner. I have a ton of material. I’ve over-compensated, so I’m ready to go anytime.”