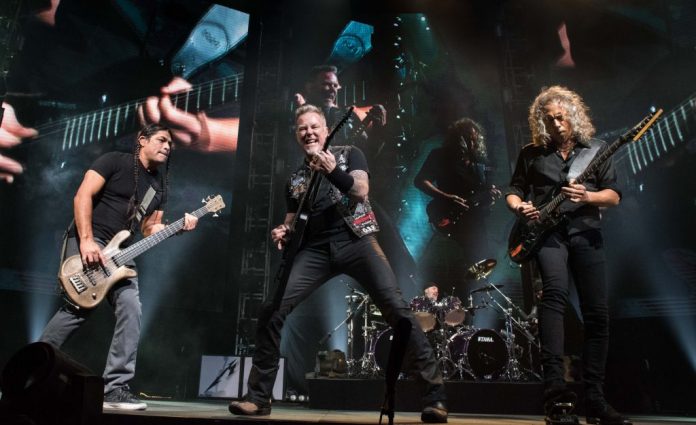 Metallica’s bassist Robert Trujillo has said that the band’s next album is set to be more of a “collaborative” effort.

“I’m not gonna speak on behalf of the other guys, but to me, it feels like this could be a very collaborative [writing process].”

“And for me personally, I love that. I love that we are in that head space to be more collaborative, and I think that’s very exciting for where we’re at now, the journey we’re about to take, the fact that those doors are opening like that.”

Trujilo went on to talk about guitarist Kirk Hammett saying:

“But when we started to understand that [the lockdown] was gonna happen, it was like, ‘Hey, let’s be creative’, you know? Let’s just get on it. A lot of times, when there’s a band that’s been around as long as Metallica has, you find that one of the biggest problems is, ‘Man I can’t come up with a riff, I can’t come up with any good lyrics, it’s just harder to write songs’, but that just doesn’t seem to be the problem with us.”