Home Music The Monkees Have Released A New Christmas Album! 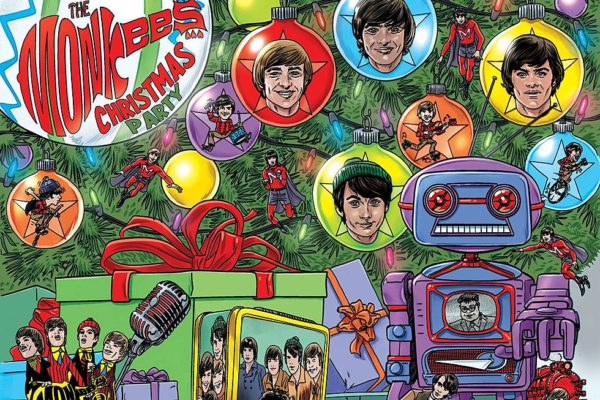 Surprisingly, The Monkees never made a Christmas album during their Sixties heyday or at any of their numerous reunions. Today, the band have made amends and have released Christmas Party. A track from the festive record, “Unwrap You at Christmas” is streaming below.

Produced by Adam Schlesinger this yuletide album sees musicians from Rivers Cuomo to XTC’s Andy Partridge, R.E.M.’s Peter Buck and even the writer Michael Chabon enlisted to write songs. Monkee’s singer Micky Dolenz said of the project, “It all came together so fast. You have no idea.”

Christmas Party is out today and is a mixture of new songs, like the Rivers Cuomo–penned “What Would Santa Do” as well as Andy Partridge’s “Unwrap You at Christmas”. There is also classics like Paul McCartney’s “Wonderful Christmastime” and “Silver Bells.”

Alex Chilton provides a left field offering of “Jesus Christ.” Dolenz is the lead vocal on most of the songs, but Michael Nesmith takes on “The Christmas Song” and “Snowfall.” Dolenz told Rolling Stone that Nesmith. “didn’t want to write a Christmas song. But when he heard about the project he went, ‘Hmmm. I think I’d like to do a couple of classics.’”

Amazing! Every Pink Floyd Album Explained By The Simpsons