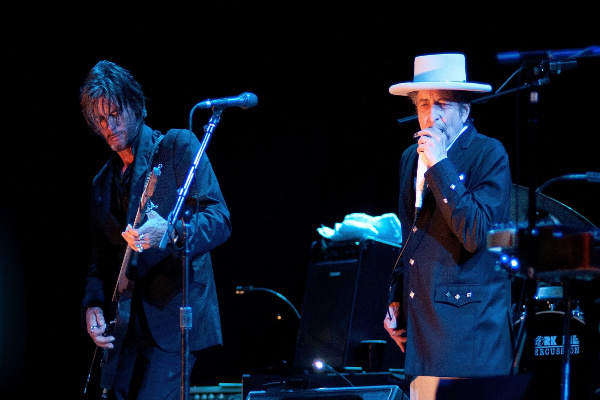 A woman who accused Bob Dylan of sexually abusing her when she was 12 years old, has dropped the lawsuit.

This lawsuit was filed last August, where a woman accused Dylan of plying her with drugs and alcohol, and sexually abusing her at his Chelsea Hotel in Mahattan. This alleged abuse took place across a 6 week period in 1965.

It had been alleged that Dylan “befriended and established an emotional connection”.

However, these allegations were thrown into doubt when the woman known according to the legal documents as ‘JC’, altered the details of the abuse’s timeline.

Initially she claimed that Dylan had abused her in the Summer of 1965. However, she subsequently claimed that the abuse took place in the Spring of that year. More on this here.

British writer Clinton Heylin has written about Dylan’s life and work. He wrote that Dylan had been touring England, at the time of the alleged abuse.

Bob Dylan has always denied these allegations. His legal team branded them “ludicrous”.

“Mr. Dylan will vigorously defend himself against these lawyer-driven lies and seek redress against all those responsible. Including by seeking monetary sanctions against persons responsible for manufacturing and bringing this abusive lawsuit”, his lawyers said back in January.

Lawsuit Against Dylan Is Dropped

Yesterday, the plaintiff sought to drop the case. This was also made with prejudice, meaning that it cannot be refiled.

After the case was dropped, Bob Dylan’s legal team, Orin Snyder of Gibson Dunn also had this to say.

“This case is over. It is outrageous that it was ever brought in the first place”, he said. “We are pleased that the plaintiff has dropped this lawyer-driven sham and that the case has been dismissed with prejudice”.

A few days ago, Bob Dylan’s lawyers had accused the plaintiff of destroying evidence, by failing to produce text messages or emails regarding the case by a deadline ordered by the court.

Documentation sent to the District Judge by Gibson Dunn had claimed that as a result, “the integrity of these proceedings” and “ability to mount a fair defense” was also “compromised irretrievably”.

Videos: U2 Return To Their Roots At Intimate New York Show!