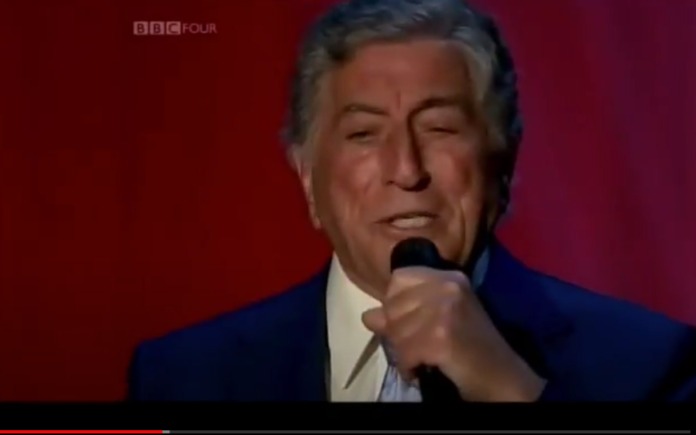 Legendary singer, Tony Bennett has confirmed that he has Alzheimer’s disease. His family confirmed the news of the singer’s 5 year battle with the disease, having been diagnosed in 2016.

The 94 year old singer’s diagnosis was revealed by AARP, a US campaign group on age-related issues.

The star tweeted, “Life is a gift – even with Alzheimer’s. Thank you to Susan and my family for their support, and @AARP. The Magazine for telling my story”.

Bennett’s neurologist, Gayatri Devi diagnosed him in 2016. She told AARP, he has “an amazingly versatile brain”.

She also stated that he has some “cognitive issues, but multiple other areas of his brain are still resilient and functioning well”.

Ms Devi added, “He is doing so many things, at 94, that many people without dementia cannot do”.

She also urged Tony Bennett’s family to keep him singing because it “stimulated his brain in a significant way”.

AARP have said that Bennett’s condition has deteriorated.

The article said, “Bennett, first diagnosed in 2016, has so far been spared the disorientation that can prompt patients to wander from home, as well as the episodes of terror, rage or depression that can accompany Alzheimer’s’ frightening detachment from reality; and, indeed, he might never develop these symptoms,”.

They also added, “But there was little doubt that the disease had progressed. Even his increasingly rare moments of clarity and awareness reveal the depths of his debility”.

Tony Bennett’s wife, Susan said he still remembers her and their children. She added that their marriage has been as strong as it ever was.

Susan said, “He knows all his kids, absolutely. And he knows me”.

Bennett has won 19 Grammy Awards, with the latest coming in 2018. He also won a Lifetime Achievement Award in 2001.

As well as that, he has done some legendary duets with artists like Lady Gaga and Amy Winehouse. Click here for more.

Before Winehouse’s death in July 2011, her last studio recording was with Bennett. It was for his Duets II album Singing Body and Soul Together”. This project also featured Carrie Underwood, John Mayer, Willie Nelson and of course, Lady Gaga herself.

At the time, Bennett hailed Amy Winehouse as his “favourite to perform with on the whole album”.

He added, “Every great artist I ever met, Frank Sinatra, Lena Horne, Pearl Bailey, they’d always have the butterflies. And Amy Winehouse was like that, she was always apprehensive of what was going to happen.”