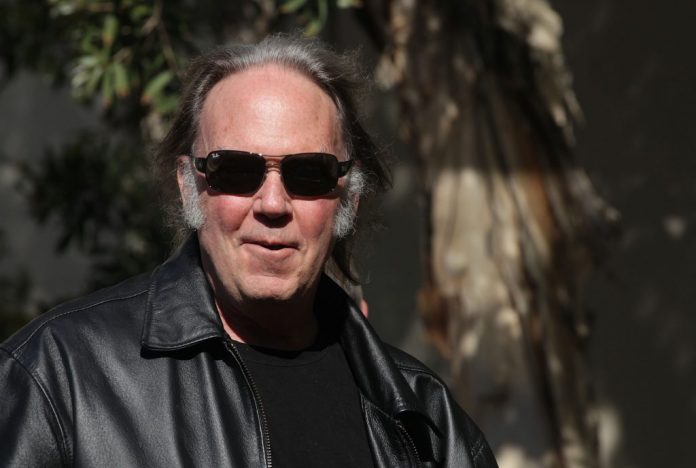 In case this is news to you, as we’re sure it will be to a lot of people, Neil Young brought out a ‘digital media player and music download service’ called ‘Pono’ in 2014. Young raised over $6.2 million through a Kickstarter campaign to launch the company. ‘Pono’ (careful now) was a music-download service, along with also being a digital-to-analog conversion technology and a line of portable players.

The aim of the company was to ultimately ‘save the sound of music’, but it didn’t take off the way that Young had hoped. There were complaint that it was too niche a company and their storefront shutdown in July 2016. He has now spoken about the failed business, placing blame on record labels for charging too much.

‘It’s my feeling that all music should cost the same. The [high-resolution] file doesn’t cost any more to transfer. And today with streaming, you don’t have the problem [of unauthorized file sharing]. Who wants to copy something if you can stream it? The record companies, by charging three times as much for hi-res music as they charge for regular music, they’ve killed hi-res music. It’s the dumbest thing I’ve ever seen.’

Young did make efforts to relaunch the company last year, under a new name ‘XStream’. He partnered with Singapore’s ‘Orastream’ to create ‘an adaptive streaming service that changes with available bandwidth for complete high-resolution playback.’

Young wrote the following on PONO’s community page: ‘I’m still trying to make the case for bringing you the best music possible, at a reasonable price, the same message we brought to you five years ago. I don’t know whether we will succeed, but it’s still as important to us as it ever was.’

‘We began work with another company to build the same download store. But the more we worked on it, the more we realized how difficult it would be to recreate what we had and how costly it was to run it.’

He went on to explain that ‘just bringing back the store was not enough,’ and that even though there was a dedicated audience’ for PONO, he couldn’t justify the high costs. ‘When it comes to high-res, the record industry is still broken.’