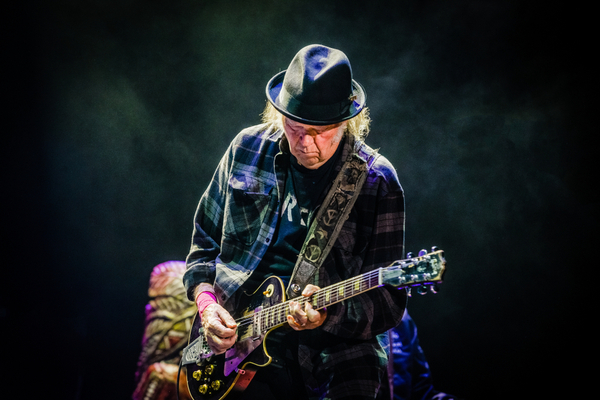 Neil Young has said that he has already started preparations on a new follow up album “pretty soon”. His latest LP “Barn” had just been released on December 10.

“gets at people’s souls”

Neil Young said this, “If you see the reactions that people are having to a song like ‘Welcome Back,’ that’s why we do this. It gets at people’s souls”.

He also added, “It doesn’t necessarily mean it’s me. It could just be that they found the music that they like, and they can find the music they like in any number of people. But, you know, just to read that about these songs that I’ve just done, and hear how happy people are to get them, it’s very gratifying”.

“That makes me want to keep going”, Young continued. “I’m already planning another record. I just can’t figure out where to do it. But we’re working on that and we will figure it out. We’ll go back in the studio pretty soon”.

Neil Young also revealed that he avoids singing a new track in full until it is time to record.

“I don’t sit and play the guitar and sing the song”, he said. “I might sing one verse, or think it while I’m playing, maybe humming or something. Then I write all the words out and I try to never do it again until it’s being recorded with the band. Right before we do it, I’ll show the band the changes and I’ll let them play for a few minutes. Then I just start”.

Young feels that this adds a unique energy to his music.

“Since it’s the first time I’ve ever done it, it’s cool, because you’re discovering everything — whether it works, whether it doesn’t work,” he explained. “You can improvise your way along because you’ve got no track to follow. There’s no rule, there’s nothing. ‘Well, I did it great the last time like this, so I’m going to do it like that again.’ That’s that doesn’t happen in this method”.

Last month, Neil Young also announced the release of demos from 1987 that he admits he cannot remember recording.

Chvrches’ ‘Love Is Dead’ Is Top Of The US Rock Albums...