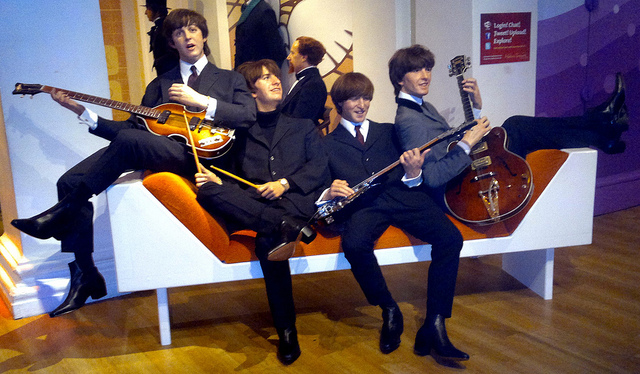 The Candlestick Park stadium is to be demolished next year. It was the venue for the last ever Beatles gig on August 29, 1966. Since the 1970’s it has housed San Francisco’s baseball and football teams.

50,000 fans crammed into watch Paul McCartney play the farewell concert. While the singer covered Little Richard’s ‘Long Tall Sally’, the last song The Beatles performed in 1966, the crowd was treated to a gallery show of unreleased photographs by the late Jim Marshall.

Marshall was the only photographer to be granted exclusive access to photograph The Beatles’ last ever concert. So as the pictures of the 1966 show were shown, it felt like the crowd was transported back to that night.

Most of the photos were shot in the iconic Haight-Ashbury district of San Francisco. Haight-Ashbury is the birthplace of the hippie movement and the staging ground for the summer of love.

SOMA magazine described the book: “These photos illustrate the intangibles of a movement so vivid and yet so unimposing, as if the viewers and the subject were both aware and accepting of one another.”

Watch The Haight: Love, Rock and Revolution book trailer below.

Bohemian Rhapsody Loses Out To Let It Go For Top Spot...