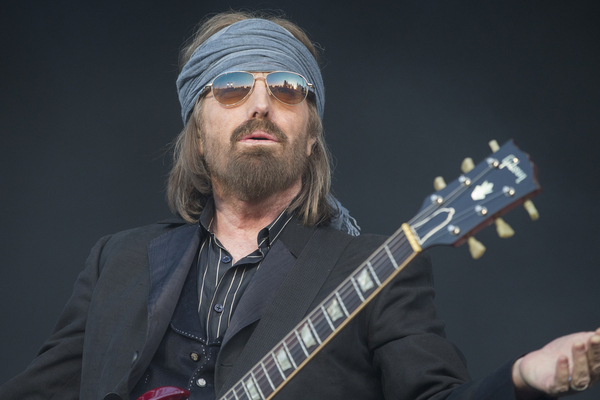 A new Tom Petty documentary will play in cinemas for one night only on October 20th (Petty’s birthday).

Titled Tom Petty, Somewhere You Feel Free: The Making of Wildflowers, the 89-minute documentary examines the period of 1993-1995 when Petty worked with producer Rick Rubin for the first time to record his album Wildflowers.

Following its cinema screening, the doc will be available to stream for free on Tom Petty’s official YouTube Channel later this year.

An official statement says the film “offers a unique look into the creative mastery and turbulent personal life of the legendary rock star.”

This film has had a long journey, and we are excited to finally share this with you. Through unprecedented access to the family, band and our archives, ‘Tom Petty, Somewhere You Feel Free: The Making of Wildflowers’ feels like sitting in a room with Tom for 90 minutes. pic.twitter.com/D0HyJrO9Fb

“Back in 1994, I was a young associate producer at VH1 when I got to work on a documentary about Tom Petty at the time that he was releasing Wildflowers,” director Mary Wharton said in a statement. “The interview shoot was in Los Angeles, and that was the first time I’d ever been to California. It rained so hard the entire time that I never got to see the California sun. But I got to meet Tom Petty and work with an early mentor, Tom Kaniewski, who taught me how music docs are made. The last words spoken in Somewhere You Feel Free come from that 1994 interview, and if you listen closely, you can hear the rain in the background. ‘Everybody’s been knocked around a little bit,’ Petty reminds us in the clip, ‘but you’ve got to keep some faith in yourself, and you’ll probably be all right.’”

“The lesson of Wildflowers is that we all belong somewhere we feel free,” Wharton added. “I’ll be forever grateful that Tom Petty came into my life to teach me that, right when I needed it most.”

To celebrate what would have been Petty’s 71st birthday, distributor Trafalgar Releasing will screen the film for one night only on October 20th. It’s currently listed to be screened at Dublin’s Vue cinema in Liffey Valley.

“This cinema event will celebrate the music and life of Tom Petty on his birthdate, offering a chance for fans across the globe to congregate and see the film and hear the music together in a high quality immersive theatrical experience,” said Kymberli Frueh, SVP for Programming and Content Acquisitions for Trafalgar Releasing. “The legacy of his creativity and the legendary songs he created at this seminal time lives on in our playlists.”

You can watch a clip from the film below.