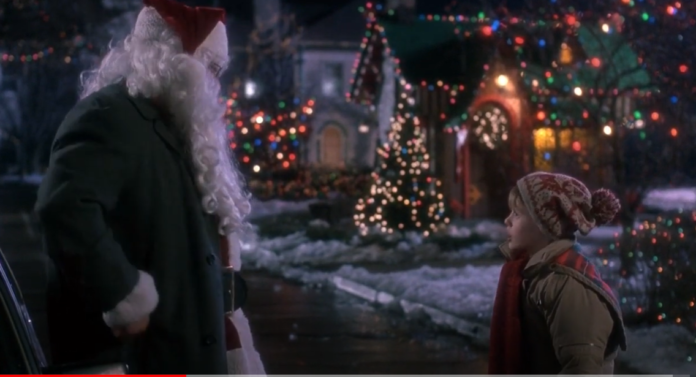 Some of Britain’s best festive scenes from Christmas films come from Love Actually, Home Alone and Elf according to a poll. Hardly surpising!

The scene coming out on top with 23% of the votes, was in Home Alone, when Kevin McCallister (Macaulay Culkin) pleads with Santa Claus for his family’s return.

Another Home Alone scene to feature on the list, was “Keep the change ya filthy animal!”. Hard not to say that line in the voice, isn’t it? In the scene, Kevin plays a gangster movie, to trick a pizza delivery boy, into thinking there is an adult in the house.

That iconic catchphrase is also used in Home Alone 2.

Other scenes included in the poll, were the classic Elf, where Buddy finds out Santa is coming to town, and yells “Santaaa!”.

This voting poll included 1,500 people across Britain. It emerged that two thirds of the participants felt that sitting down to watch a Christmas film, marked the start of the festive season.

Here we are, the top 20 Festive Scenes according to Britain:

Is Khan Set To Make His Entrance Into The Upcoming Star...