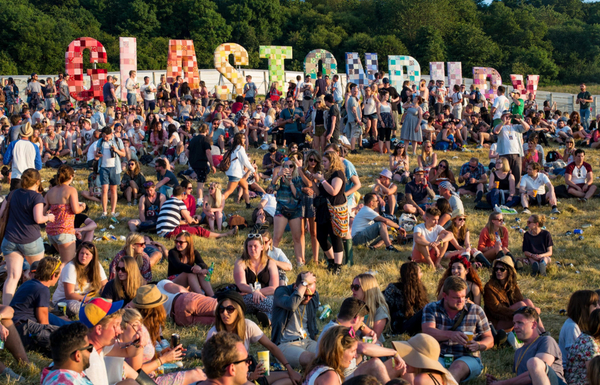 The current iteration of Slade features only one original member in guitarist Dave Hill, who is joined by bassist John Berry, vocalist/keyboardist Russell Keefe and drummer Alex Bines.

In a recent interview, Holder said he dreams of reuniting with Hill, drummer Don Powell and bassist Jim Lea, and he’s set his sights on the Legends slot at the Glastonbury festival.

Given the fractured relationship between the band members, a reunion seems unlikely. Last year Powell revealed that Hill had fired him from the group, notifying him by email.

“It is with great sadness and regret that Don needs to inform his fans that he now is no longer a member of Dave Hill’s Slade,” a statement on Powell’s website announced. “Dave has sent Don a cold email to inform him that his services are no longer required, after working together and being friends since 1963.”

Hill denied the manner of the sacking.

“I am sad to announce that Don and I will no longer be working together,” Hill wrote on Facebook. “Our parting of the ways has not come out of the blue and his announcement is not accurate. I wish Don every success in his future efforts.”

But Holder remains hopeful that his former bandmates can put their differences aside for a future reunion.

“It would be amazing if we could work out our differences,” Holder said. “I think we’d probably all have to go in on a coach each. Or we’d all have to have a changing room or caravan each. And maybe we’d have to have glass barriers between us on stage so that there would be no fisticuffs on stage.”

“I think it’s a long time before they get talking again,” Holder said of Hill and Powell. “But that happens in rock ’n’ roll bands. If it’s not one crisis, it’s another.”

Holder’s wish for a reunion certainly isn’t motivated by financial reasons. As the co-writers of Merry Xmas Everybody, Holder and Lea receive royalties estimated at £520,000 each year. Originally released in 1973, the glam-rockers tune has become an annual radio favourite every Christmas, and is believed to be the most profitable Christmas song in terms of annual royalties.

“It’s definitely a pension plan, yes,” Holder once said of Slade’s most famous song. “It was never designed to be that way but it has taken on a life of its own. It’s been used for adverts and for movies, it’s been used for all sorts of things.“