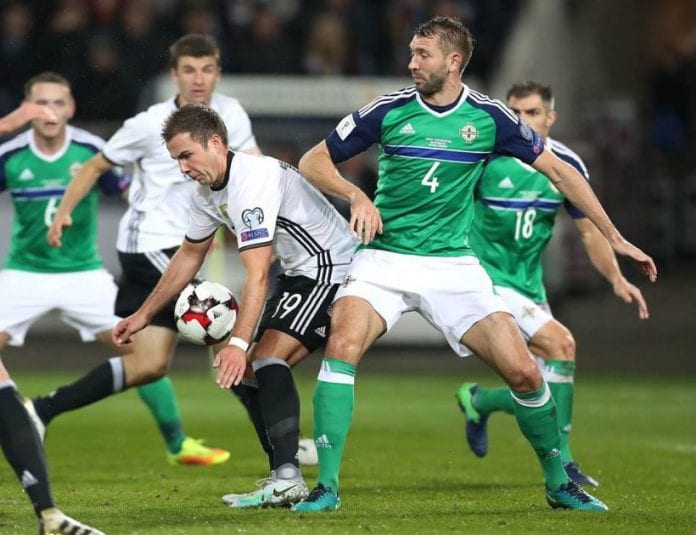 This Sunday night, (November 12th), Switzerland will host Northern Ireland at Basel in the second leg of their World Cup play-off.

The match will kick off at 5.00pm Irish time, as Switzerland head into the game with a 1-0 lead on aggregate with the advantage of an away goal.

In the upcoming tie, Switzerland can make do with a nil all draw if they are to qualify for the World Cup in Russia next summer, which means Northern Ireland are on the backfoot heading into Sunday night’s game.

Northern Ireland will be without their star midfielder, Corry Evans, this Sunday as he received a controversial yellow card in Thursday night’s first leg at Windsor Park.

It is also expected the team will be without, Stuart Dallas, who is suffering with an
ankle injury.

Meanwhile, Switzerland are expected to have an unchanged squad for Sunday’s game. The odds are on the Swiss to take the spoils, while it’s estimated quite a number of fans will travel with 1,800 tickets snapped up by Northern Ireland fans.

Rory McIlroy’s Chance To Put Disappointing US Open Behind Him