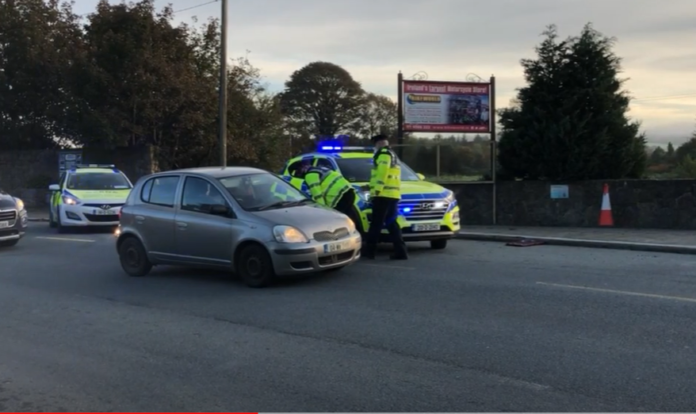 A Dublin man was jailed for breaching Covid-19 travel restrictions, as Gardaí are set to come down hard on rule breakers. Gardaí have the power to brandish €100 spot fines to those who venture more than 5 Km from their own home and refuse to turn back.

Two other people have also been jailed for breaking Covid-19 travel rules. Another Dublin man was jailed for 30 days, while another man from Leitrim was sentenced to two months in prison.

Those people who breach the level 5 guidelines will be issued with a fixed charge penalty notice. They will be asked to pay this fine within 28 days.

Gardaí will also no longer consult with the Director of Public Prosecutions in the cases before issuing the fine.

An Garda Síochána issued the following statement, ” We have been consistent in our graduated policing response to supporting Public Health Regulations and guidelines in line with our tradition of policing by consent. This has seen Garda members engage, explain, encourage and, as a last resort, enforce”.

They continued, “From today, where breaches of the travel regulations are detected and a person does not comply with a direction of An Garda Síochána, a prosecution now can be commenced by means of a €100 Fixed Charge Notice. Where more appropriate, An Garda Síochána may seek a direction from the Office of the Director of Public Prosecutions”.

Gardaí arrests made for Covid-19 breaches:

Gardaí also arrested three men for breaching Covid-19 rules while “broadcasting mass” in Waterford over the weekend. Officers had been patrolling around the Cathedral Church on Barronstrand Street. They found four men together outside the church.

They appeared to be broadcasting a mass. Gardaí approached the men, explained that they were in breach of Covid-19 guidelines. One of them complied with the Gardaí, but the other three refused to give their details and were arrested. More here.

Last week, Gardaí confirmed that they broke up a birthday party in Cork. This party was attended by over 100 people. These 100 people were in close contact with each other, and the number of those using facemasks were few and far between.

Pandemic Movie Release ‘Tenet’ Raking It In At The Box Office