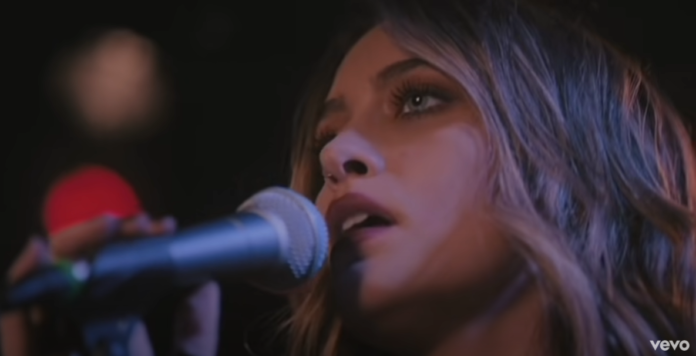 Paris Jackson spoke recently about the time she spent with her father Michael Jackson growing up.

Paris was only 11 years old when her father passed away in 2009. However, speaking to Naomi Campbell, Paris said it was “a blessing and a privilege to be able to experience so much at a young age”.

“Every part of the spectrum”

Paris Jackson released her debut solo album “Wilted” last November. Reviewing it, NME called it “a glimpse of the artist that Jackson could be”.

Paris Jackson spoke to Naomi Campbell as part of Campbell’s YouTube series “No Filter”. Paris said that it was this sort of upbringing from her father which has helped to shape her worldwide view.

She said, “It was also like we saw everything: we saw third world countries. We saw every part of the spectrum”.

You can check out that interview below.

“A natural disaster was always there” – Michael Jackson’s bodyguard

Last month, Michael Jackson’s former bodyguard Matt Fiddes had said that the King of Pop had predicted that a natural disaster such as a pandemic was on the horizon.

Fiddes said this, “He knew that a natural disaster was always there. He was very aware and would always predict that we could be wiped out at any time. That a germ that could spread.”

He added, “So he would go through four countries in one day sometimes and he was on aeroplanes with people all the time”.

Fiddes was Michael Jackson’s bodyguard for ten years. He said that if the singer was alive today, he would be saying “I told you so”.

Check Nova’s report on that here.