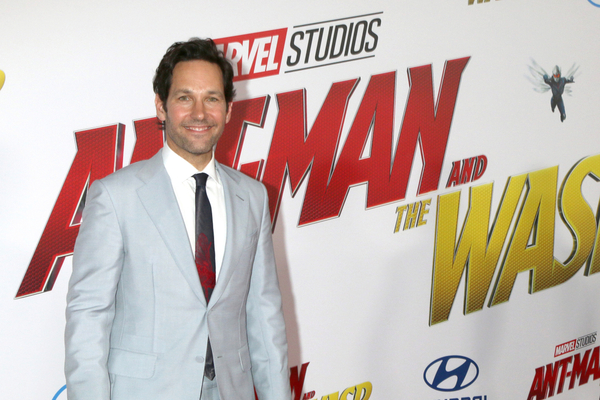 Taking to social media to confirm this news, the museum were thrilled to welcome the I Love You Man star to their exhibition.

“We were delighted to welcome Paul Rudd and his family to Titanic Experience Cobh earlier today”, they wrote.

They also added, “Paul’s family have been regular visitors to Cobh in the past, as Paul’s dad (the late Michael Rudd) had a great passion for history and the Titanic story”.

“As the last port of call, Cobh has a unique and emotive link to the story and we hope the Rudd family enjoyed our tour and our stories”.

“We had a few Antman fans at the experience today and thank you to Paul for being so gracious to his enthusiastic young fans (and the not so young fans!)”. See the post in full here.

Paul Rudd’s late father Michael Rudd was a Titatnic historian who would regularly tell his son stories about the ill-fated liner when he was growing up.

Rudd had previously revealed that he auditioned for the role of Jack Dawson alongside Kate Winslet in the 1997 blockbuster Titanic.

However, the actor admitted that he spent most of the time talking about the history of the ship, rather than acting out his lines. The role was played by Leonardo Di Caprio.

“I went in there talking about what steel they used and where it was built and they were like, ‘None of this matters'”, Rudd revealed.

He said, “I auditioned for Titanic. I wanted to get the part because my dad was a Titanic historian. He used to go all over the world talking about the Titanic”.

He did joke that it did not matter that he did not get the part, as “the guy that got is was pretty good”.