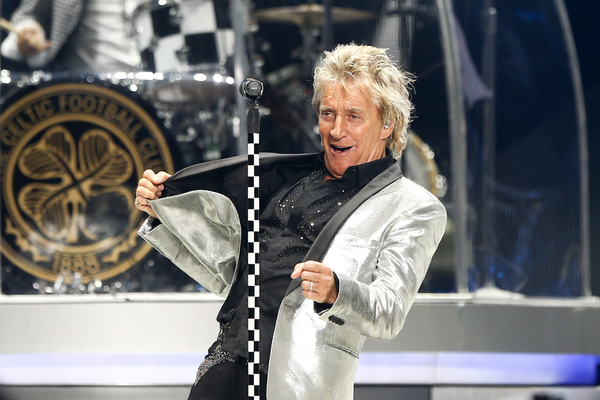 Rod Stewart and Dolly Parton are among the stars taking part in a free virtual festival over the next three days.

AARP Celebrates You is a free online festival organised by the American Association of Retired Persons (AARP). The festival kicks off tonight and runs for the next three days.

Other events include a discussion between Dolly Parton and James Patterson, who recently collaborated on the bestselling novel Run Rose Run. The semi-autobiographical book follows a young woman who goes to Nashville with dreams of becoming a country music star, leaving a dark past behind.

The screen rights to Run Rose Run have been bought by Reese Witherspoon’s production company for a future film adaptation. Parton is set to both star in the film and serve as a producer.

“Growing up in Nashville, I’ve loved Dolly since the moment I heard her magical voice and saw her luminous personality shine onstage,” Witherspoon said. “Beyond her magnetic presence as an artist and performer, she is one of the greatest songwriters and storytellers of our time. Her impact knows no bounds – as a musician, actor, writer, businesswoman, activist and all around incredible human being – Dolly Parton is not only an icon to me, but a true inspiration to women and girls everywhere. My admiration for her grew to even greater heights when reading Run, Rose, Run, a gripping and heartbreaking book I couldn’t put down. I couldn’t feel more honored to be working alongside her and James to bring this remarkable story to the screen.”

Other highlights include a conversation between comic stars Tina Fey and Amy Poehler, and a screening of Forrest Gump introduced by actor Gary Sinise.

“After two years of enduring the pandemic, we need to join with each other to share happiness, connect and celebrate our resilience,” AARP CEO Jo Ann Jenkins said of the festival. “AARP Celebrates You is a chance for people of all ages to connect, learn, grow, and, best of all, play all under one virtual roof.”

You won’t want to miss this party! Join us starting Thursday, March 24, for #AARPCelebratesYou! Catch a concert from the legendary @rodstewart, enjoy a dance party featuring @GloriaGaynor and @The__Commodores, and much more. Register here: https://t.co/U6daw5aGQS pic.twitter.com/3Rnm9bVrib

Dolly Parton recently asked to be withdrawn from the nominations for this year’s Rock & Roll Hall of Fame entries, saying she hadn’t “earned that right.”

“I do hope that the Rock & Roll Hall of Fame will understand and be willing to consider me again – if I’m ever worthy,” she said. “This has, however, inspired me to put out a hopefully great rock ‘n’ roll album at some point in the future, which I have always wanted to do!”

The Hall of Fame has drawn criticism lately for its loose definition of “Rock & Roll”, with the likes of Eminem, A Tribe Called Quest and Lionel Richie among this year’s nominees.