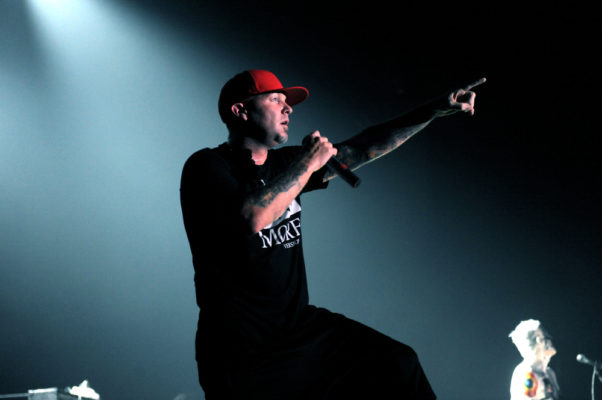 Shaggy was not successful as his kick fell short of Fred Durst himself. 2 Dope was taken care of by security and a brawl broke out just off the side of the performance area.

According to Consequence of Sound, Durst didn’t appear to know that Shaggy was his attacker, “What a pussy, he couldn’t even pull it off,” Durst said, before instructing security to “calm down… It’s just one guy.”

CoS claims a user on reddit pointed out, that both Limp Bizkit and ICP have had issues spanning over twenty years and it appears that things eventually came to a head on Saturday night. It’s reported that ICP had played a set at the festival hours earlier.

The post reads, “Well it all started 20 years ago when ICP was trying their hardest to sell out. They performed at Woodstock and after was told ‘Fred wants to meet with you’ they had no idea who the fuck Fred was. I guess Fred Durst was a mega superstar and egoed out on them hard like wouldn’t look at them or anything while he talked. He invited them on the Family Values tour with Korn and all those bands then at the last minute told them to fuck off outside and booted them. They were on this huge festival show Monster sponsored together and I’m assuming he was a c*nt again.”