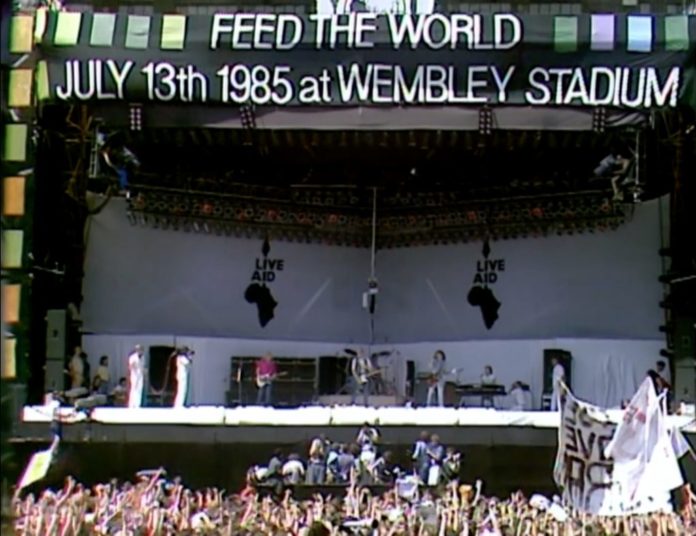 Every day on Radio Nova, just before 11am, we play a couple of songs key to “today in music history” Have a listen! But for now – here’s some light reading and watching. July 13th in Music History looks like this.

1964, The Animals went to No.1 on the singles chart with ‘The House Of The Rising Sun.’ Recorded in one take, this was the first UK No.1 to have a playing time of more than four minutes.

1969, Over 100 US radio stations banned The Beatles new single ‘The Balled Of John and Yoko’ due to the line ‘Christ, you know it ain’t easy’, calling it offensive.

1985, At 12.01 Status Quo started the Live Aid extravaganza, held between Wembley Stadium, London and The JFK Stadium, Philadelphia. The cream of the world’s biggest rock stars took part in the worldwide event, raising over £40million. TV pictures beamed to over 1.5bn people in 160 countries

1985, Duran Duran became the first artists to have a No.1 on the US singles chart with a James Bond theme when ‘A View To A Kill’, went to the top of the charts.

Roger McGuinn of the Byrds has a birthday today..