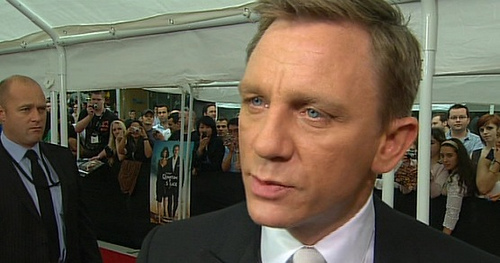 Paul Weller has revealed that he and Noel Gallagher have written ‘half’ of what they hope to be, a James Bond theme song.

The Modfather, Paul Weller is really branching out of late. We reported yesterday that he would be happy for a song of his to be submitted into the Eurovision song contest. It has now come to light that he’s been working on a new track with Noel Gallagher. The pair have ambitions for the song to be the next James Bond theme tune.

In a recent interview, the 58 year old rock legend revealed he and Noel Gallagher have written ‘half’ of a potential James Bond theme song.

“I want to write a James Bond theme tune,” Weller told the BBC. “I’ve got this half a song that me and Noel Gallagher worked on and I think it would be great for a Bond theme. There’s a bit of minor key going on. That would be an ambition definitely.”

It’s a big week for the former Jam and Style Council front man; Weller’s acclaimed 13th album, A Kind Revolution drops today. Also out today is the new boxing film Weller worked on, Jawbone. Weller penned the score for new movie, about a boxer down on his fortunes.

Now he’s ambitious to write for a future 007 movie.

The James Bond film series has had many signature tracks over the years. Some are now considered classic pieces of film music, such as Shirley Bassey’s ‘Goldfinger’.

The best known of these pieces  is of course the ‘James Bond Theme itself along with Paul McCatney’s ‘Live and Let Die’, Carly Simon’s ‘Nobody Does It Better’, Sheena Easton’s ‘For Your Eyes Only’ and Duran Duran’s ‘A View To Kill’

‘Skyfall’ from Skyfall and “Writing’s on the Wall’ from Spectre each won the Academy Award for Best Original Song, the only two Bond songs to do so.

Filming to the follow-up to 2015 Bond movie Spectre hasn’t begun yet. The movie is still in the early stages of production and is yet to receive an official release date.