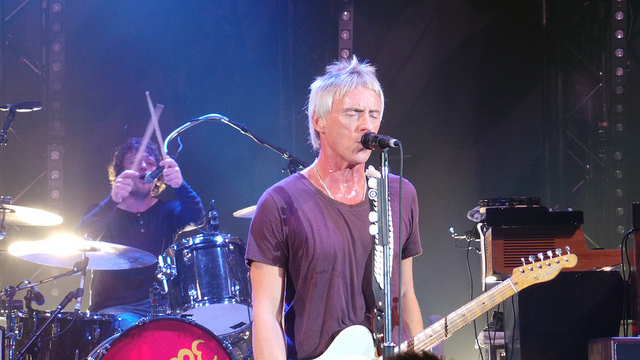 Paul Weller’s album is being released in just over a month and the singer’s shared a clip of his debut single.

His new record titled Saturn’s Pattern will be available on Friday May 8th on his new label Parlophone.

The frontman’s described Saturn’s Pattern as “one of the best things I’ve done”. Listen to the exclusive clip below.

In an interview with Uncut, Weller revealed that the new record is expected to be released in the spring and contains nine brand new tracks. He confirms that the LP is a ”defiantly 21st Century” creation.

Weller said: ”I think it’s one of the best things I’ve done. And it’s been a pleasure doing it. There’s been no headaches, i can’t compare it to any of my other albums.”

“I think it’s different not just for me, but different from what else is around. It’s been pretty quick, really. We did a bit of work before the summer, then I took a break because I was out on the road. We started back in October. It’s taken us a couple of months, maybe.”

Saturn’s Pattern is “certainly progressive in the literal sense of the word. It’s defiantly 21st Century music.” He explained how the song ‘I’m Where I Should Be’ came about. ”Before we quit one night I put down this bass riff and I left it at that. Stan [Jan Kybert, producer] put a beat behind it a few weeks later and we both realised then that it could go somewhere,”

Weller continued: “We built on that, adding some chords and some different instruments and finding different little sections for it. We used Pro-Tool as well. The whole editing on that is fucking brilliant. Some of the possibilities, you couldn’t do it with tape, it would take years to do. But I think we used that to capacity, in a good way. So we just tried different sections then inserted them into the song, just built the arrangement up and then put a melody on it and the lyrics.”

Weller shared a music video for the track ‘White Sky’ last month. Watch it below.