Home Entertainment Phelim Drew Was Turned Down For Animated Budgie Sounding Like His Icon... 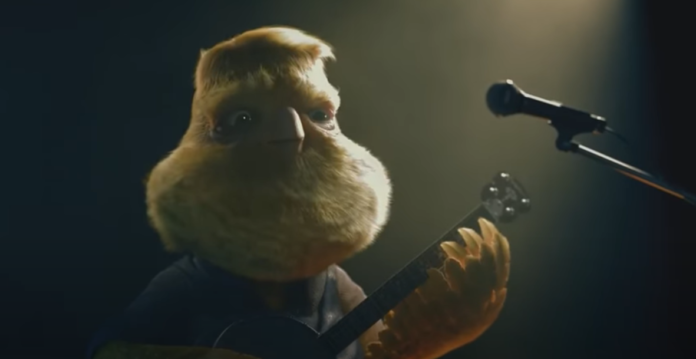 The son of Dubliners legend Ronnie Drew revealed that he was turned down for the role of an animated budgie that sounds like his father.

The Fair City star also said that his friends assumed that he was the man behind the voice of the animated budgie Tommy McAnairy from the carbon monoxide adverts for Gas Ireland Networks.

McAinary along with his daughter Drimnagh have become a hit during lockdown from these adverts.

Phelim rang Liveline after an earlier caller branded the ad a “disgrace”.

This caller also had this to say, “Two canaries, one of the canaries having a beard and a Ronnie Drew accent, more or less making a show of the man”.

However, most callers praised the advert. They said that it encouraged them to buy a carbon monoxide alarm.

“The story of my life”

Speaking recently Phelim Drew said, “Somebody said to me recently, Is that you on that ad?’ And I said ‘No but I’ll tell you something, I went for the casting of that ad’, and the brief was to sound as much like Ronnie Drew as possible”.

“And I didn’t get the ad which is the story of my life”, he added.

“Send himself up something rotten” – Phelim Drew on his father

Phelim Drew said the advert was “well done”. The actor also said that knowing his father’s keen sense of humour, it would have undoubtedly received the apporval of Ronnie.

Ronnie Drew passed away in 2008 and Phelim remarked on his unique sense of laughter and humour.

“My dad used to send himself up something rotten. He had no problem doing it”, Phelim said.

Phelim said that Woodfull’s sense of humour was very similar to his father.

“Paul used to do Ding Dong Denny O’Reilly who I always loved, which was based on the quintessential Dublin balladeer like Patsy Watchorn or my dad, that sort of character”.

Woodfull has also starred in Father Ted. He spent the 1980s in U2’s send up, The Joshua Trio which played Jazz versions of U2 tracks.

Morrissey Weighs In On Will Smith Oscars Slap With Smiths Meme