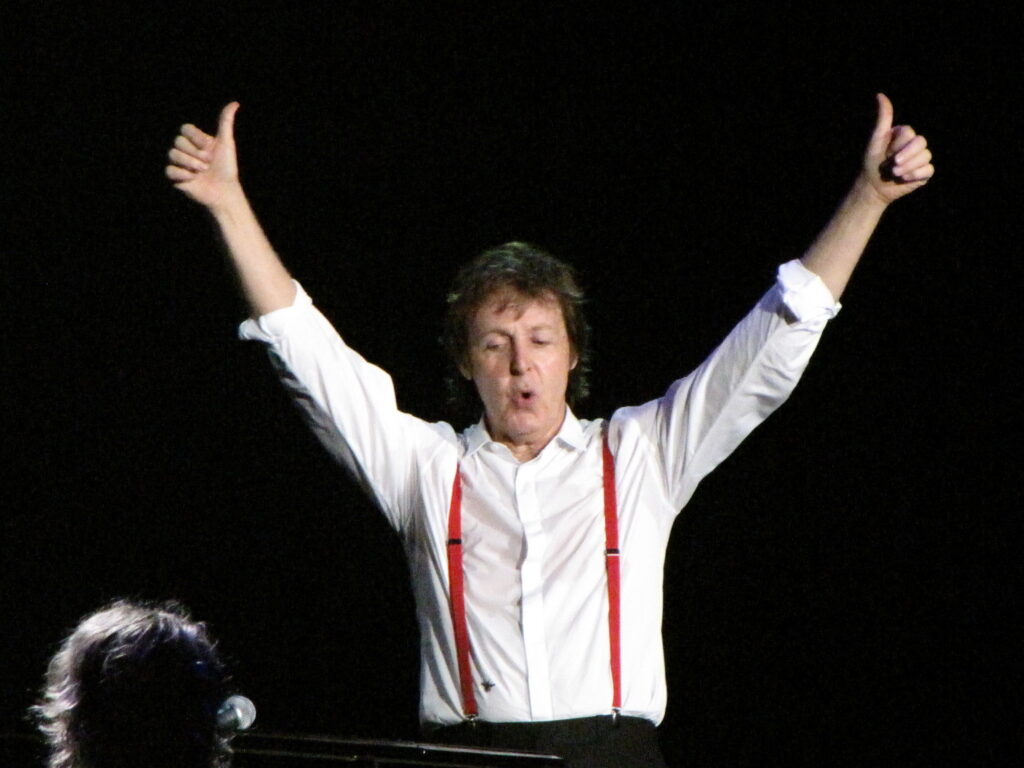 Yesterday…all my troubles seemed so far away…

A rare photograph of Macca drunk of his lid at fellow Beatles bandmate George Harrison’s wedding has surfaced online.

According to Alternative Nation, McCartney has a ‘Grandude’ children’s book coming out in September

Macca also claims that he “hopefully” has a new album on the way, “Writing music is still a thrill – out of nowhere you produce a rabbit. If you get one you like it’s a great feeling.”

McCartney recently talked about his granddaughters and grandsons not respecting his celebrity status when they were younger in a new interview with Al Roker.

Al Roker recently quizzed McCartney about whether his grandkids when they were younger had any sort of a clue that he’s a world-famous musician.

McCartney responded, “No, no they didn’t. You say, ‘People come to see me! People pay to come and see me! I’m famous!’ ‘Yeah, alright. We’re watching TV.’ They gradually get the fame thing, like people always wanting a photo of me, but they’re cool with it.”

Jack White Refutes Rumours That He Is A Heroin Addict