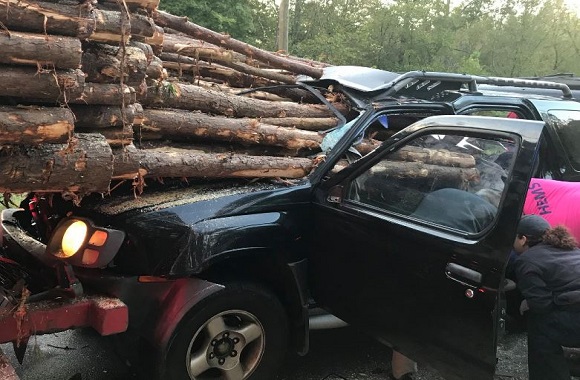 In the States, a driver in Georgia miraculously survived a horrific car crash when a truck with a cargo of logs unloaded onto his car.

According to CNN, the driver walked away minor injuries after crashing into the back. It’s reported he driver reached over to grab something in his car just before hitting the truck. 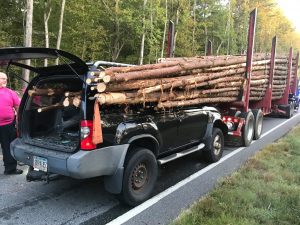 According to Whitfield County Fire Chief, Edward O’Brien the logs bizarrely formed a hole just where the driver’s head was. 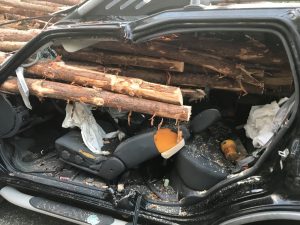 That meant he was able to be removed from the vehicle without any serious injuries. Chief O’Brien added: “It was as if it was almost created just for his head.” 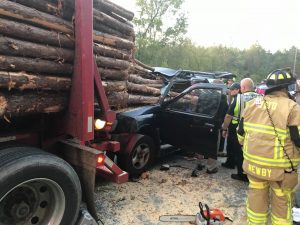 Firefighters had to first saw through about 40 logs to release to the driver, it then took crews about 15 minutes to get him safely from the car.