Home Lifestyle Physical Activity May Increase Your Chances of Having a Heart Attack, According... 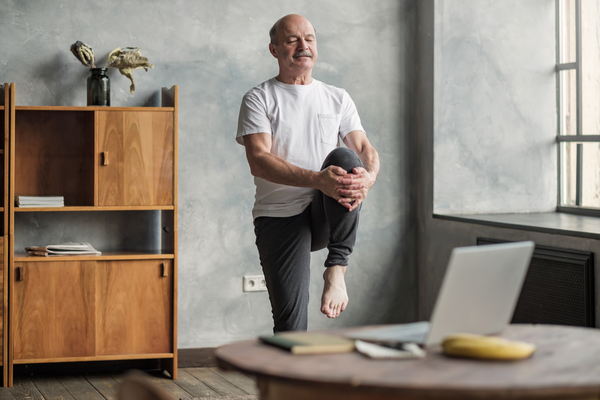 With fitness gaining more of an interest during lockdown, there are plenty of new studies emerging. Of the new research, a study suggests that physical activities could, bizarrely, increase the risk of you having a heart attack. An increased build-up of plaque, or calcium deposits in the coronary arteries, could be the result of physical activity, according to the research reported in The Irish Times.

Although these claims have been made, the researcher still emphasises that the dangers do not outweigh the many health benefits of exercise. With regular exercising, there is an association with a reduction in the risk of obesity, diabetes, heart attack, stroke, and death. However, the new study indicates that those who exercise regularly seem to have high levels of calcium deposits in their coronary arteries, despite its health benefits.

Although according to the study published in Heart Journal, it is not clarified whether exercise itself may be associated with calcification or hardening of arteries. To further tackle this issue, healthy adults have been studied by researchers while attending for check-ups in South Korea over a six-year period.

Of the results, it has been found that people who are more physically active tended to be older and less likely to smoke than less physically active participants. The older participants also had lower total cholesterol, more high blood pressure, and existing evidence of calcium deposits in their coronary arteries.

Following on from the study, an association between the progression of coronary artery calcification and physical activities had emerged over time. Those who exercised regularly, had a much faster development of calcification scores. According to results of the study, experts cannot distinguish as to whether exercise increases the risk of a heart attack or, that calcium build-up not being a good measure of heart attack risk.

Medical director of the Irish Heart Foundation, Dr Angie Brown believes that although the benefits of moderate and regular physical activity were “unquestionable”, the research suggests there is a faster development of coronary calcium in active people.

“This may represent plaque stabilisation and healing or, be secondary to other physical and environmental factors; there was no information on cardiovascular events in these apparently young, healthy individuals. It makes the results difficult to interpret from a practical perspective.”

The consultant cardiologist said the study suggests that cardiovascular risk assessment may need to change as an overreliance on calcium scores and imaging alone may not be the best way. An editorial piece linked to the Heart Journal casts doubt as to whether doctors should stop using coronary artery calcium scores to assess heart disease. The piece suggests that clinicians should be careful not to overuse this test on otherwise healthy patients.

Equipet Are Hosting A FREE Event For Your Pets This Weekend